Bollywood actors Vicky Kaushal and Katrina Kaif got married on Thursday in a grand yet intimate affair at the Six Senses Fort Barwara in Sawai Madhopur, Rajasthan. Their wedding was one of the most anticipated and awaited events of the year. The wedding was a grand affair and cost a whopping amount to the stars. 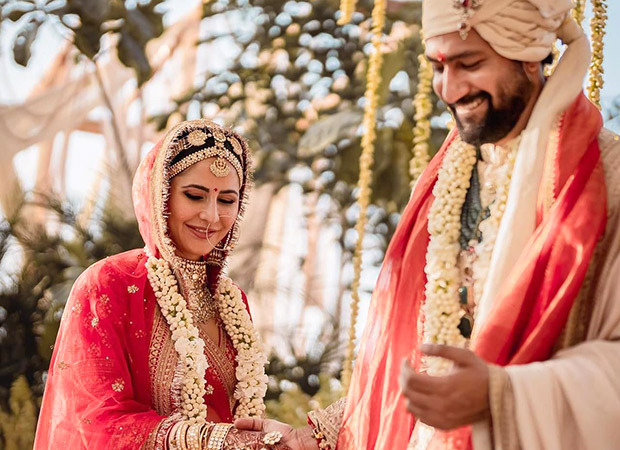 All the arrangements were made to the best in Vic-Kat’s wedding by the organizers. Vicky and Katrina also made sure that there is no chance of complaining for the guests. From the venue to the décor, everything was properly planned to make the celebration the most memorable event of their life. Even Katrina and Vicky’s wedding cake was given extra emphasis. So much so that it took a total of 48 hours to make it.

According to a report by a daily, the couple had a cake-cutting ceremony on December 7 which was two days ahead of their wedding ceremony. It was prepared by Myrra Jhunjhunwala of Caramel Patisserie and was a 5-tier cake. The cake was vanilla flavoured and was decorated with different kinds of berries, making it weigh around 10-12 kg. These were not just any berries, but the ones that were specially imported. The cake cost around a whopping amount of Rs. 4 lakh.

The cake surely reflects Katrina Kaif’s love for food and especially desserts. The actress has often talked about her love for desserts and it doesn’t come as a surprise that the cake was made so special. Reportedly, the cake was made according to Katrina’s specifications and the way she wanted and liked.

ALSO READ:Katrina Kaif-Vicky Kaushal share their joy with the paparazzi outside the wedding venue in Rajasthan