Kareena Kapoor Khan makes heads turn with every appearance. She was seen on the sets of a commercial for Malabar Diamonds on Wednesday, July 21. She was joined by none other than Anil Kapoor. 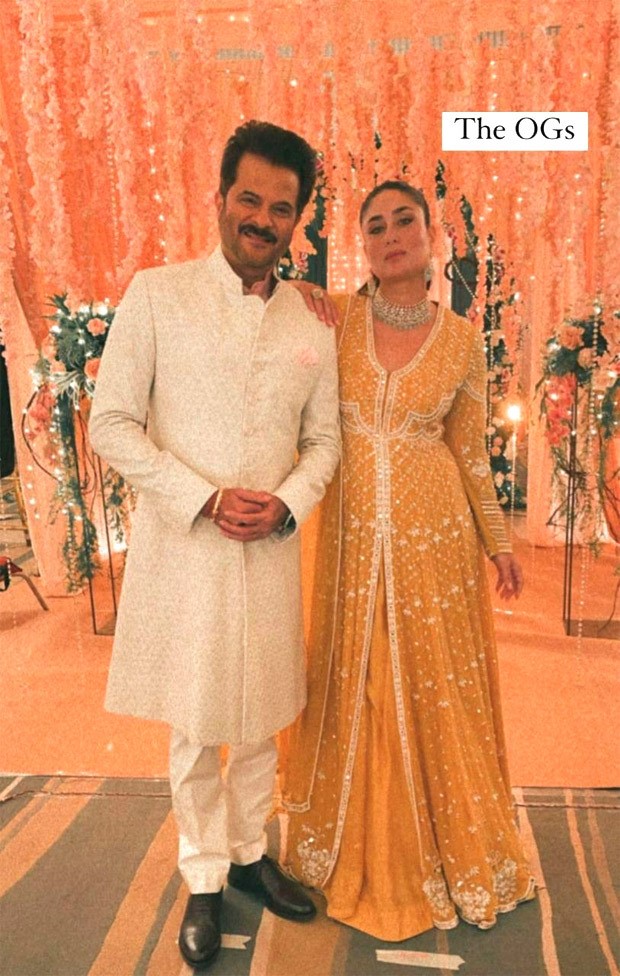 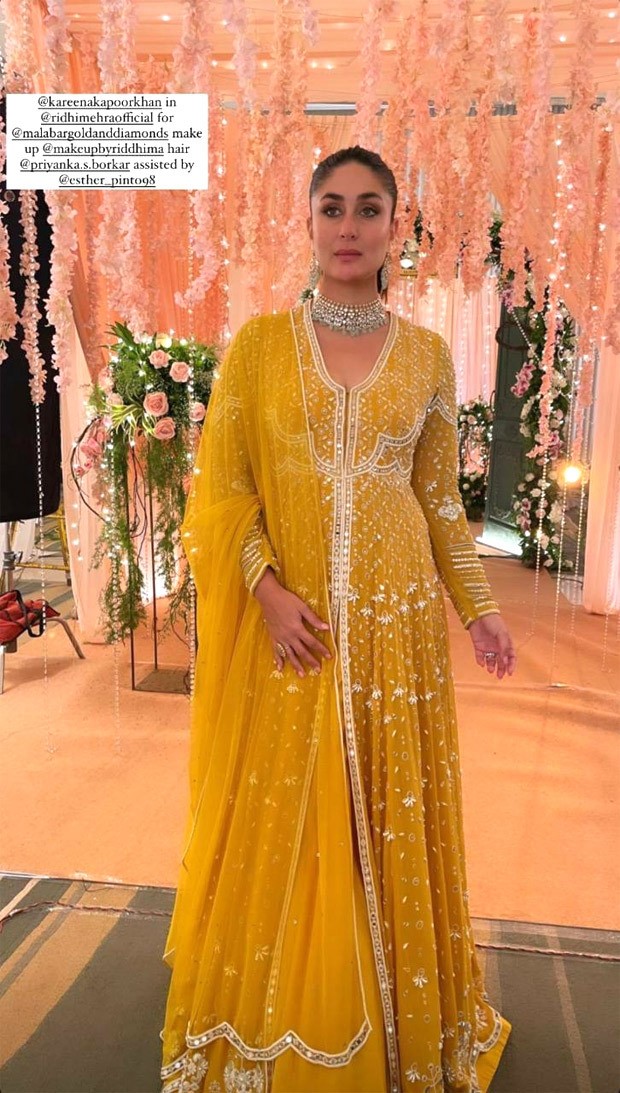 Kareena wore dewy, fresh makeup, bold pink lips and her hair in a neat pony tail. She carries the look with a heavy choker and chaandbaalis.

Kareena was spotted with Anil Kapoor on the sets and they both looked stunning in desi outfits! Both of them have shared the screen on multiple occasions. But this time around the duo is seen in heavy Indian wear on the set of Malabar Diamonds commercial. 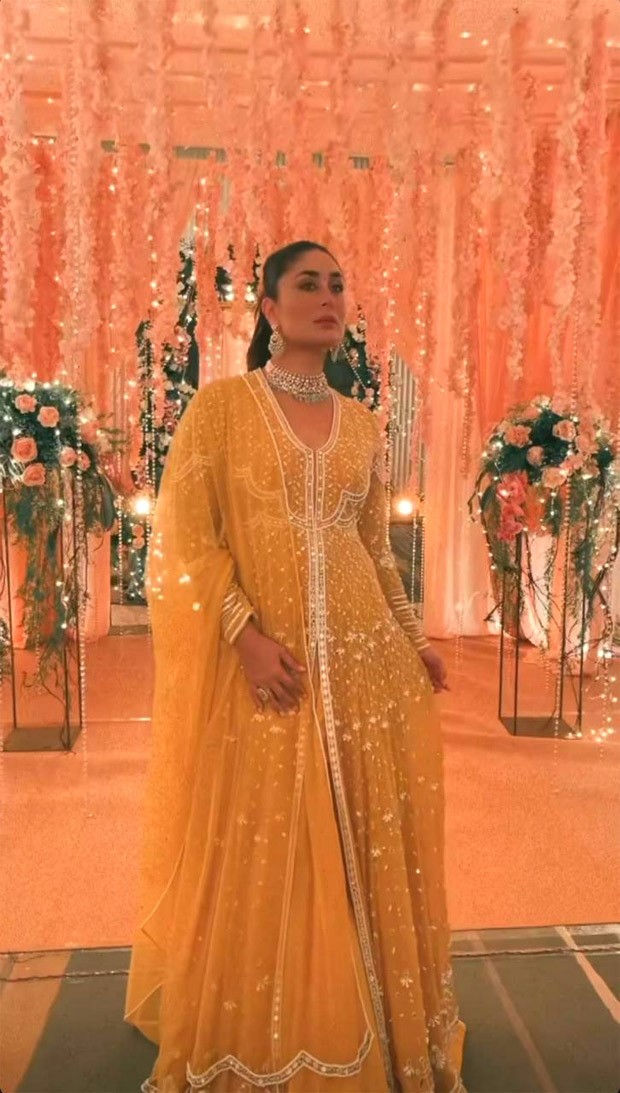 Both the stars are photograph ready in the images- Anil Kapoor is right! They look stunning in all the photographs! Kareena uploaded a snap of them on her official Instagram account and captioned it “The OGs.” Well, they are the OGs, without a doubt!

Anil is seen in a white bandhgala perfectly complementing Kareena in a bright yellow Riddhi Mehra suit. Anil looks sharp and charming like always and Kareena is bespoke in the desi attire.

Anil Kapoor and Kareena Kapoor have worked together in a couple of films like Bewafaa, Tashan and Bombay Talkies. Anil Kapoor’s daughter Sonam Kapoor co-starred with Kareena in the 2018 movie Veere Di Wedding produced by Rhea Kapoor. Kareena and Anil Kapoor will share screen space in Karan Johar’s Takht.

In terms of work, Kareena Kapoor was last seen in Angrezi Medium, which starred late actor Irrfan Khan in the lead role. Her upcoming projects are Laal Singh Chaddha, a remake of Hollywood classic Forrest Gump, and Takht. Laal Singh Chaddha is slated to release on Christmas this year.

Anil Kapoor on the other hand has Jug Jug Jeeyo and Takth lined up.