Please Like Us!!!
DesiGoogly > Kangana Ranaut undergoes body and face scan to transform into former Prime Minister Indira Gandhi for the film Emergency

Earlier this year, Kangana Ranaut had announced that she will be essaying the role of former Prime Minister Indira Gandhi in the upcoming political drama title Emergency. Now the actor has started prep for the film and shared pictures of the same on social media. 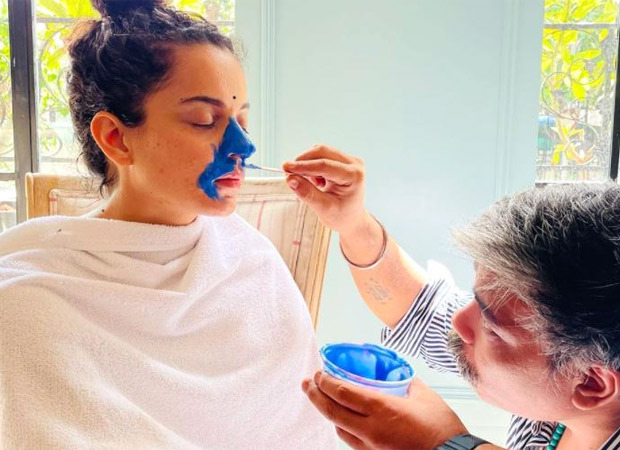 On Wednesday, Kangana Ranaut got her body and face scan done for the prosthetics to get into the skin of Indira Gandhi. The actress took to her Instagram handle to share multiple pictures of her getting her face and body scanned and wrote, “Every character is a beautiful beginning of a new journey, today we started journey of #Emergency #Indira with body, face scans and casts to get the look right. Many amazing artists get together to bring one’s vision alive on screen…. This one will be very special @manikarnikafilms.”

“Many prominent actors will be part of this film and of course I am looking forward to playing the most iconic leader that we have had in the history of Indian politics,” Kangana had earlier said in a statement.

Kangana added that “the film is based on a book”, although she did not elaborate on which written work. The actress will produce the film that will feature Emergency and Operation Blue Star.

Director Sai Kabir, who worked with Kangana earlier in Revolver Rani, will write the story and screenplay, and also direct the project. The period film will be mounted on a very big scale, and have actors portraying Sanjay Gandhi, Rajeev Gandhi, Morarji Desai, and Lal Bahadur Shashtri among other prominent figures.