Please Like Us!!!
DesiGoogly > Kamaal R Khan calls Mika Singh ‘chirkut singer’ after being called ‘gadha’ by him

Actor and self-proclaimed critic Kamaal R Khan, better known as KRK, continues to stay in the headlines. He recently slammed singer Mika Singh who criticized him to defend Salman Khan. 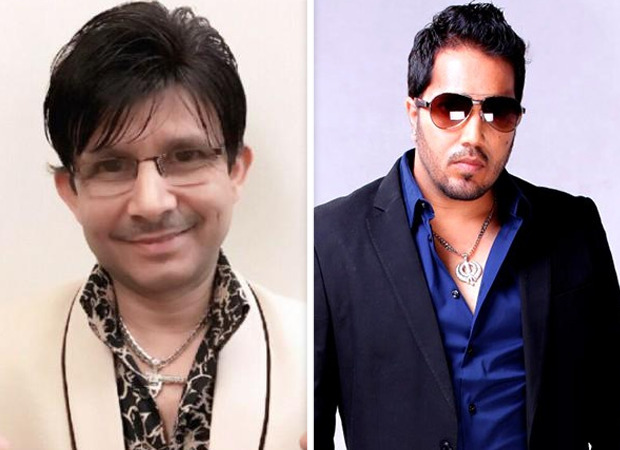 While Kamaal R Khan did not take Mika Singh’s name, he indirectly addressed him as a ‘chirkut singer’ whom he called a publicity-hungry person. The tweet came after Mika Singh had called KRK  ‘gadha (donkey)’ and ‘chuha (mouse)’.

“Now a Chirkut Singer wants to jump in the matter to get publicity. But I won’t give him. Kood Beta, Jitna Koodna Hai. Tujhe Toh Bhav Bilkul Nahi Doonga! Kyonki Teri Aukaat Hi Nahi Hai (Son, get excited all you want. I will not give you attention at all because you do not have stature for it),” he tweeted on May 29.

“The suit has been filed as the Defendant has been publishing and endorsing defamatory allegations, including that Mr. Salman Khan is corrupt, that he and his brand “Being Human” are involved in fraud, manipulation and money laundering transactions, that he and Salman Khan Films are dacoits. Defendant has been spreading malicious falsehoods and defaming Mr. Salman Khan consistently over several months, clearly with a view to draw attention to himself. Mr. Kamaal R. Khan’s lawyer made a statement in Court today that Mr. Kamaal R. Khan “will not put any remarks of defamatory nature against plaintiff on social media till next date”. The Hon’ble Court has been pleased to pass an order taking into account this statement made by Mr. Kamaal R. Khan’s lawyer,” it concluded.

ALSO READ: The real reason why Salman Khan filed suit against Kamaal R Khan and it has nothing to do with Radhe – Your Most Wanted Bhai