Please Like Us!!!
DesiGoogly > Juhi Chawla reunites with her family in Cape Town!

Actress and environmentalist Juhi Chawla flew down to Cape Town and is currently going about doing touristy things with her family.The actress completed a portion of her new web show Hush Hush and  just when she was about to fly to Delhi for the rest of the shoot, she flew back citing lockdown restrictions. 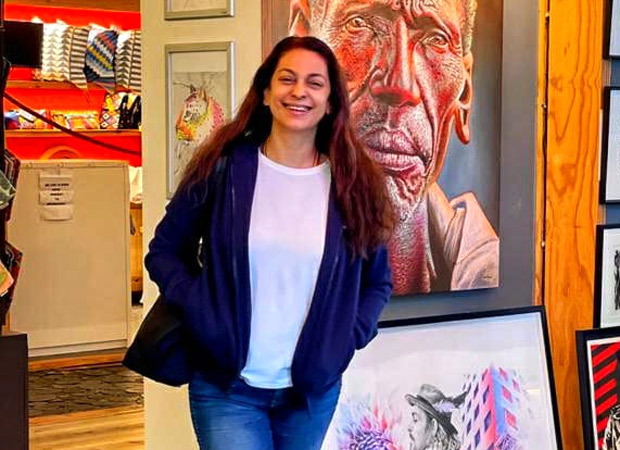 The actress stayed low-key for sometime & apparently immersed herself in learning about Ayurveda. Juhi’s children Jahnavi and Arjun who were in separate continents previously where they study were at their family home in Uganda recently. They all reunited in Cape Town and are living it up after months of living separately.

The actress was seen posing at a local art exhibit. She also shared a video of the view as seen from the place she is residing in Cape Town.