Big Boss 14 contestant and Indian Television actress Jasmin Bhasin is adorable and there’s no doubt in it. Recently, the actress was spotted in the city and she was looking absolutely beautiful. 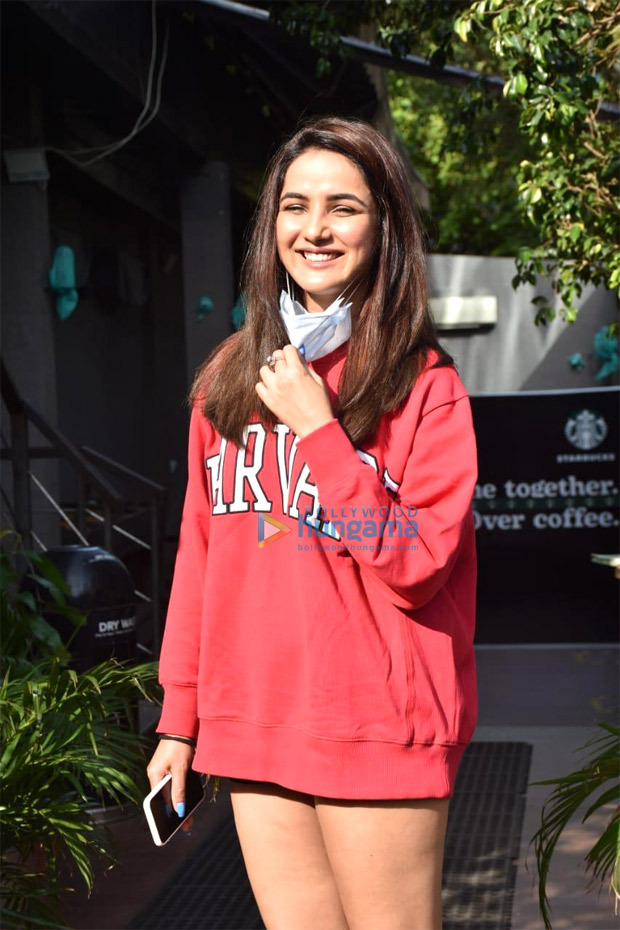 The actress was seen wearing a red oversized printed sweatshirt which she adorned with pair of black denim shorts. To finish off this casual look, she teamed it with pair of white sneakers shoes and a face mask. 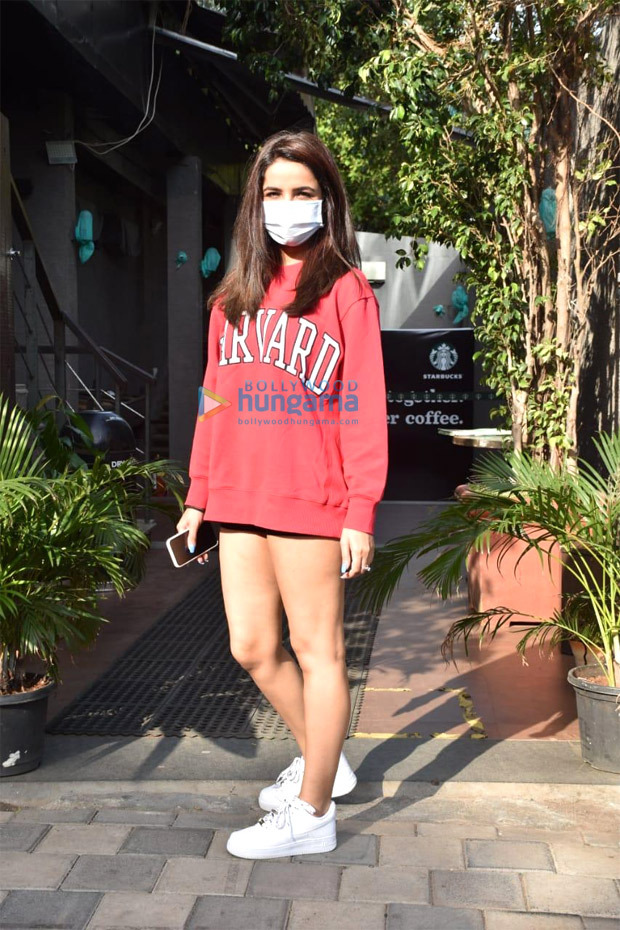 Keeping her look casual with minimal makeup and hair all open she posed for the paparazzi. 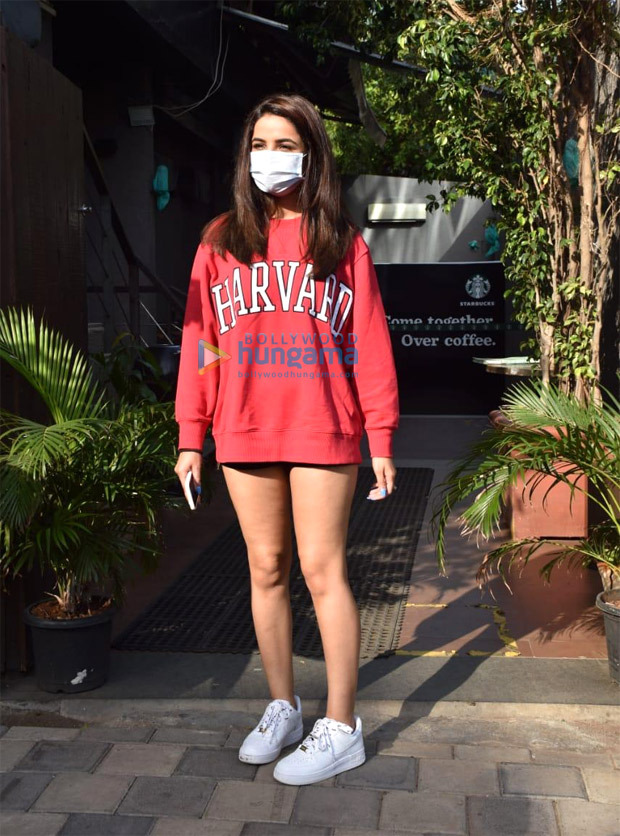 On the work front, Jasmin Bhasin was last seen in a music video ‘Tu Bhi Sataya Jatega’ alongside beau Aly Goni which released in April 26 this year.