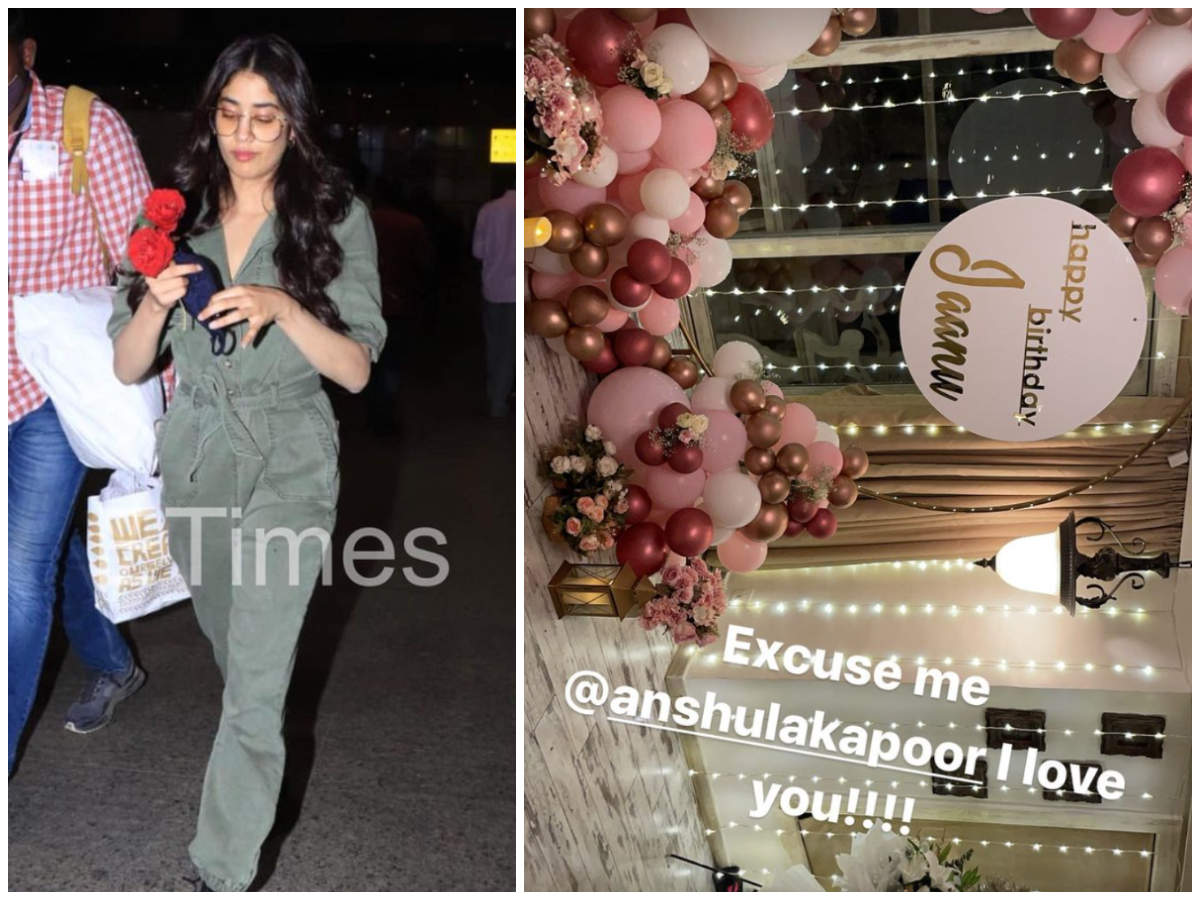 Bollywood actress Janhvi Kapoor had earlier jetted off to Chandigarh to shoot a segment for her upcoming film ‘Good Luck Jerry’. Now the actress has returned to the bay, as the shutterbugs captured her at the airport. Janhvi was seen donning an olive green jumpsuit and was seen holding red roses as walked her way out of the airport.