Please Like Us!!!
DesiGoogly > Janhvi Kapoor’s retro look will take you back in time

Ever since Janhvi Kapoor made her debut with Dhadak and even before that, she has always been in the news. Janhvi created a place for herself in the industry with her versatility. 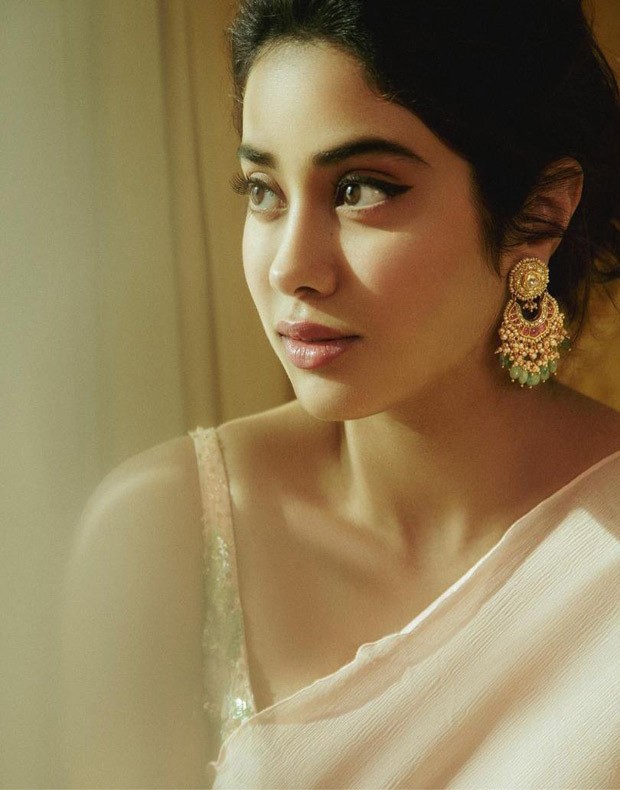 Janhvi Kapoor made a statement in a gorgeous white saree with a strappy blouse with gold details. Janhvi kept her makeup subtle with thick lined eyes and heavy mascara. Kapoor looked stunning and like an absolute icon from the 50’s! She looks elegant and resplendent in the gorgeous saree. Her makeup mimics the era just like her classic style. 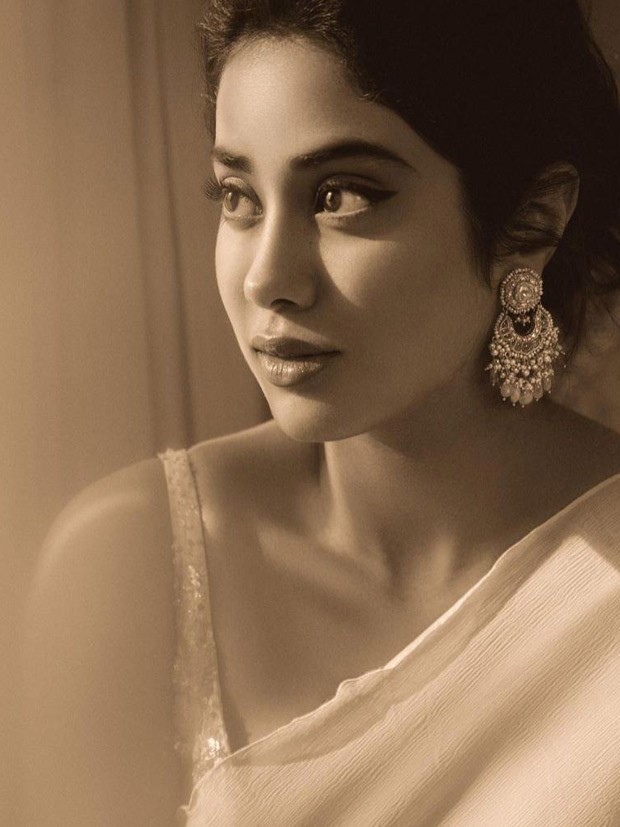 Janhvi was last seen in Gunjan Saxena where she played the titular rule. After which she was seen in Roohi where she played the character of a ghost. Meanwhile, Janhvi has been juggling work commitments- she has completed shooting for Good Luck Jerry. It is an adaptation of the Tamil film Kolamaavu Kokila starring South star Nayanthara. Besides this, Janhvi also has Dostana 2 in her kitty.