Please Like Us!!!
DesiGoogly > Janhvi Kapoor shares pictures of herself shot for a wedding magazine cover; explains posting pictures amidst national crisis

Janhvi Kapoor featured on the cover of the anniversary issue of the magazine Khush Wedding. The young actress looked ethereal as a Gen Z bride in the photoshoot done for the cover. Janhvi shared three different looks of herself dressed in bridal wear. However, she also shared a compassionate note along with the pictures. 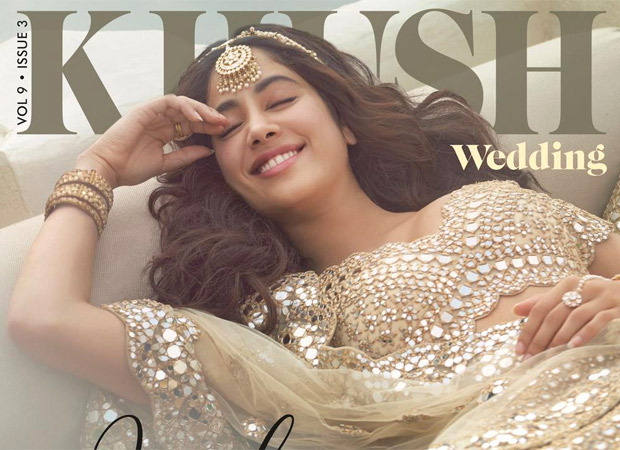 Janhvi said that she is aware of the troubles that the country is going through and does not wish to be insensitive but the shoot was done before the lockdown and she had made a commitment.

Sharing the pictures, Janhvi wrote, “In these trying times, I know it’s important to be sensitive to the troubles we as a country are facing & I would never want to be inconsiderate towards that. This cover, however, and the subsequent posts of it had been committed to a while back and were shot before lockdown. We were as safe and precautious as possible. I hope all of you are staying safe and strong! Love always.”

Fans of the actress praised her for being honest and also mentioned how gorgeous she looked on the cover of the magazine.

ALSO READ: Janhvi Kapoor is a sight to behold in her vacation pictures