Please Like Us!!!
DesiGoogly > Janhvi Kapoor sets the bar for Y2K fashion

Janhvi Kapoor is an absolute fashion icon. Apart from shining onscreen with her performances, the actress also knows how to stun with her looks. 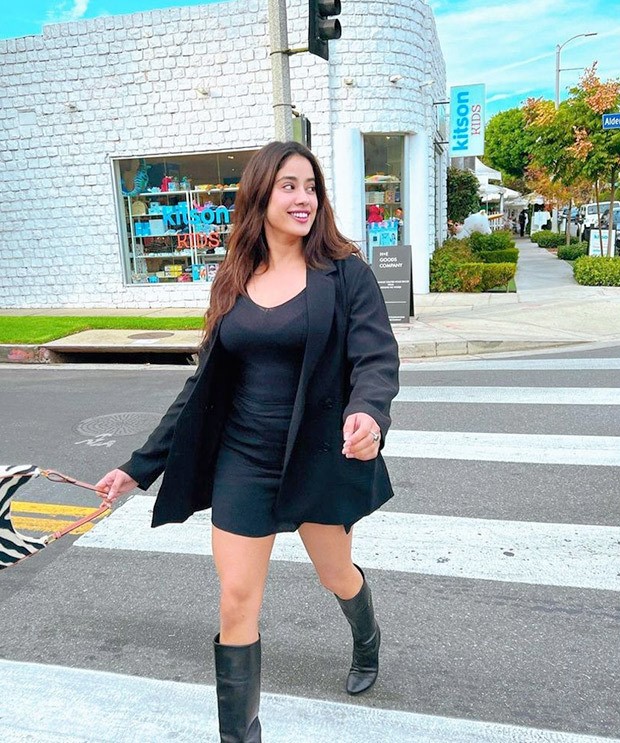 Janhvi Kapoor is literally taking over the world one city at a time. She is currently in LA where she was spotted dressed in a short black dress with a risque slit. She paired the black dress with long coats and a black and white Y2K shoulder bag. Janhvi looked refreshing with simple makeup, glowing skin, and glossy pink lips. Her eyeshadow was shimmery with heavy mascara and poker straight middle parted hair. The actress looked stunning and gave major Y2K vibes as she went globe trotting.

Janhvi was last seen in Roohi where she played the role of a possessed woman. She has completed the shoot of Good Luck Jerry. It is an adaptation of the Tamil film Kolamaavu Kokila starring South star Nayanthara. Besides this, Janhvi also has Dostana 2 in her kitty.