Janhvi Kapoor. will be next seen in a horror-comedy Roohi.  Directed by Hardik Mehta, starring Rajkummar Rao, Varun Sharma and Jhanvi in the lead, the film is scheduled to release on March 11, 2021. 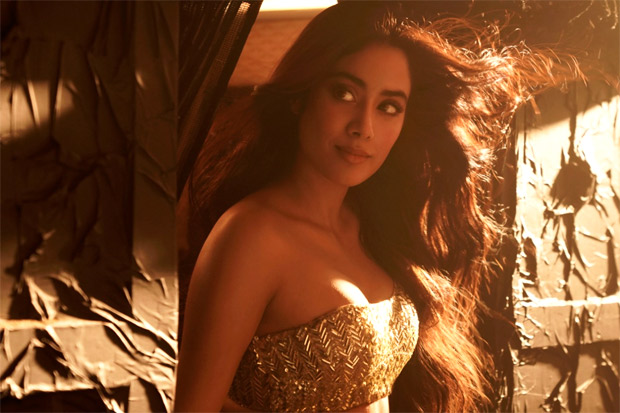 The actors are all excited and busy with the promotions and are not missing any chance to talk to promote the film. This afternoon, the makers released a new song of the film titled ‘Nadiyon Paar’ which is the revamped version of hit Shamur’s song ‘Let the Music Play’..

The song is the second dance number of the film featuring Janhvi Kapoor. The song shows the flaunting some sensual dance moves. Talking about the highlight of the whole video, her attire was something to talk about as she was seen donning one-shoulder shimmery golden blouse with a high thigh-slit skirt and some tangled golden chains on it by her favourite Manish Malhotra. 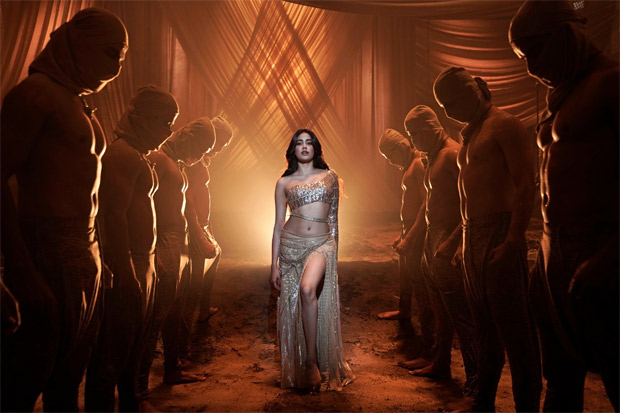 She looked absolutely tempting. She teamed the whole look with a golden belt and went with all bronze base, blushed up cheeks, kohl-clad eyes and nude brown gloss.

Roohi  is set to hit the theatres on March 11.