Please Like Us!!!
DesiGoogly > Janhvi Kapoor looks annoyed as she poses in a rusty looking bathtub

Janhvi Kapoor on Wednesday shared a picture of her posing in a rusted bathtub with a beautiful landscape in the background. However, the actress seems annoyed in the picture. 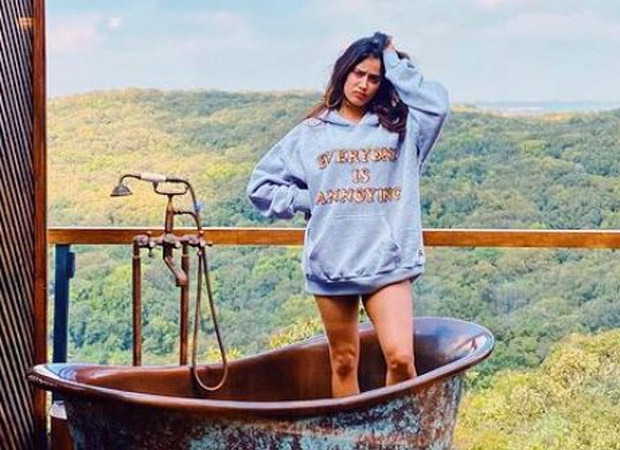 As opposed to the usual bathtub photoshoots which are sultry in nature, Janhvi gave a twist to the concept. In the picture, the Roohi actress is seen wearing an oversized hoodie which has the words “Everything is annoying” printed on it. She is posing with an annoyed look on the face and captioned the post as, “Lmk if u find any exceptions (sic).”

On the work front, Janhvi Kapoor’s recent release Roohi is currently running in the theaters. The film proved to be a success at the box office despite the pandemic. Currently, the actress is shooting for her upcoming film Good Luck Jerry. The film also stars Deepak Dobriyal, Mita Vashisht, Neeraj Sood and Sushant Singh in pivotal roles.