Please Like Us!!!
DesiGoogly > Janhvi Kapoor is epitome of grace in Tarun Tahiliani halter-neck blouse and wine colour lehenga

Bollywood actress, Janhvi Kapoor has an impeccable sense of style and is quite active on social media. Her vintage style is a hit among her fans. She aces every look with elegance and grace. The actress has been taking to her social media to share glimpses of her photoshoots, and it’s safe to say, she doesn’t disappoint. 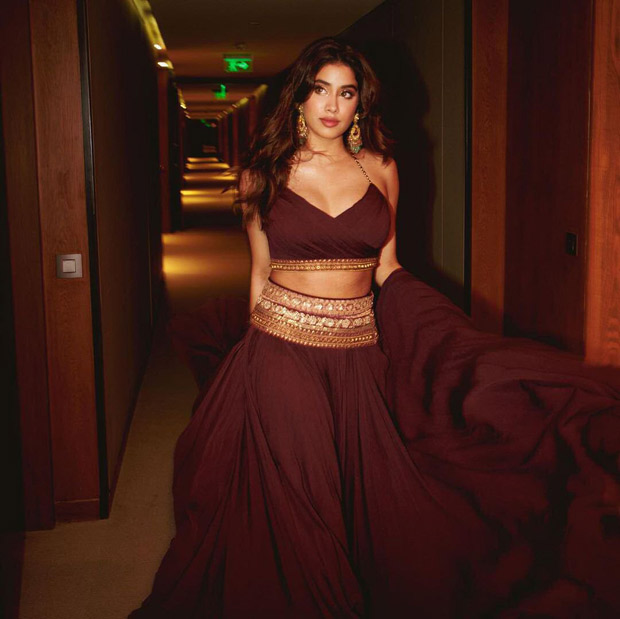 The actress has once again shared a few photographs in a traditional avatar. She poured herself into a marvelous wine colour skirt paired with a halter-neck blouse for a fashion photoshoot. She wore a Tarun Tahiliani creation and was styled Tanya Ghavri. 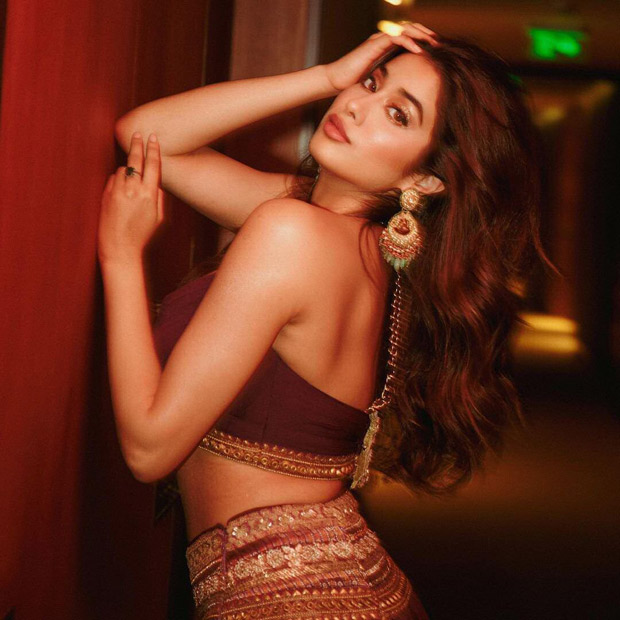 The stunner enhanced her look with sparkly golden earrings from Tyaani Fine Jewellery. The detailed zari work on the attire was quite eye-catching. Janhvi chose minimal make up look which was done by Tanvi Chemburkar.

On the work front, Janhvi Kapoor was last seen in Gunjan Saxena: The Kargil Girl. A lot is in the pipeline for Janhvi. Another upcoming project includes Aanand L Rai’s Good luck Jerry which is the remake of Tamil Film Kolamaavu Kokila. She will also be seen in Dostana 2 and Mili.