Please Like Us!!!
DesiGoogly > Janhvi Kapoor gives sultry expressions as she poses in an ice blue fairy-like dress for her latest photoshoot

Janhvi Kapoor‘s Instagram activity always has us looking out for her next post. She is a social butterfly. She keeps us updated with her daily shenanigans and big fashion moments. 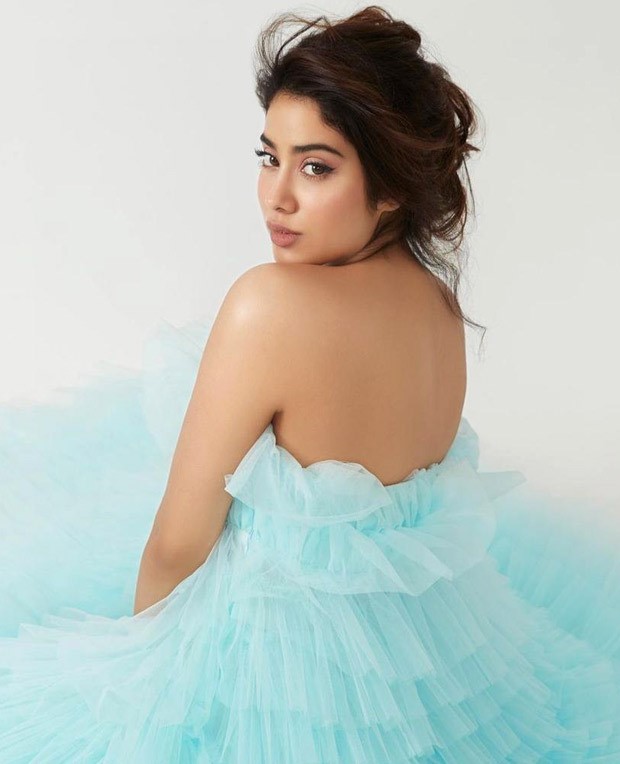 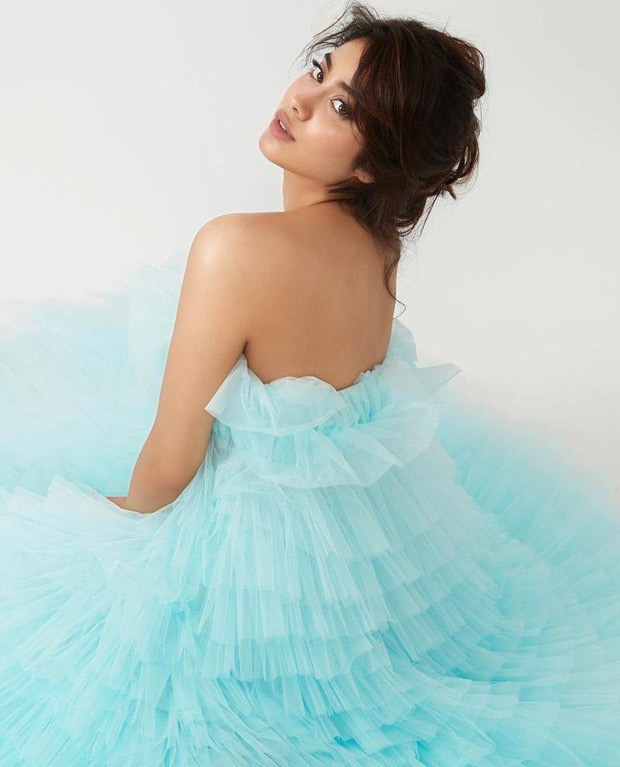 Janhvi Kapoor looks resplendent in her latest post. She looks fresh and beautiful in her ice blue heavily tulle dress. The tube dress features countless ruffle layers. Janhvi looked stunning as she poses for the camera with a sultry expression. Kapoor’s makeup was dewy, fresh and all things angel like with a shimmery glow and pale pink lips, winged liner. She kept her accessories to a bare minimum with stacked up rhinestone studded rings and her neon green tipped nails. 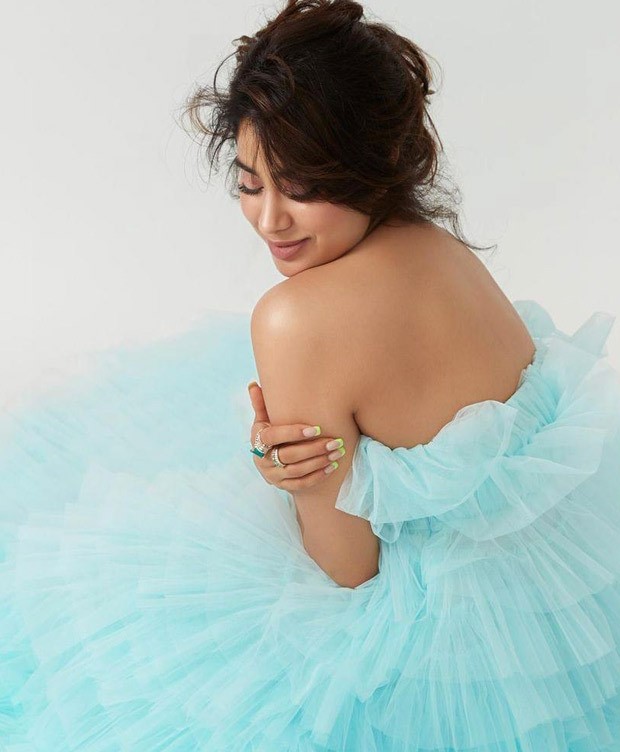 Janhvi was last seen in Gunjan Saxena where she played the titular rule. After which she was seen in Roohi where she played the character of a ghost. Her song ‘Nadiyon Paar’ crossed 200M views on YouTube. She won several accolades for her role as the Kargil War Air Force Pilot who shattered the glass ceiling and broke several stereotypes. Meanwhile, Janhvi has been juggling work commitments-  she’s working on ‘Good Luck Jerry’. It is an adaptation of the Tamil film ‘Kolamaavu Kokila’ starring South star Nayanthara.

Besides this, Janhvi also has Dostana 2 in her kitty, the lead actor of the film has to be decided after the outster of Kartik Aryan. Rumor mills suggest Akshay will replace Kartik Aryan in the film. She also has Karan Johar’s multi starrer Takht on her list.