Please Like Us!!!
DesiGoogly > Janani, the heart of RRR, gives intriguing glimpses of Jr. NTR, Alia Bhatt, and Ram Charan

As we wait for the film RRR, the makers today unveiled the soul anthem of the movie featuring Ajay Devgan, Ram Charan, Alia Bhatt and Jr. NTR. Ahead of the song’s trailer release, the entire audience was all abuzz to vibe on this incredible song. The song is a complete package with perfect Background Music and tuning. 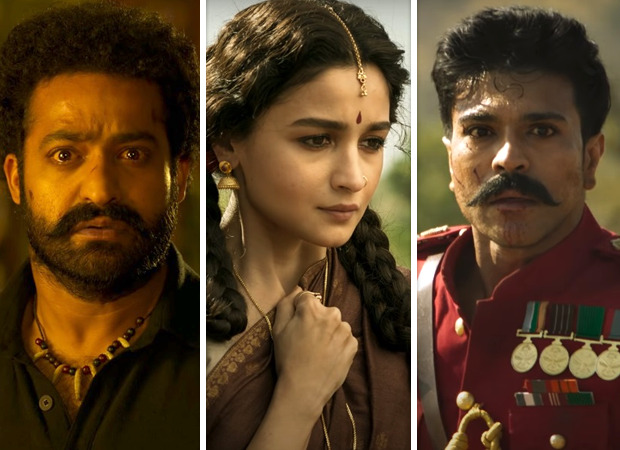 Touted as the soul of the film, Janani is literally an emotionally stirring song that leaves us all stunned with every bit of it. The music and lyrics are composed by MM Keeram. The song gives a glimpse of much-awaited stars like Alia Bhatt, Ajay Devgn among others which makes the wait for the film even harder. ‘Janani’ touches upon the emotions behind the aggression of the characters and involves a few dialogues inserted in between that are mouthed by Ajay Devgan and Shriya Saran adding more impact to the song. The song was also recently unveiled by Ajay Devgn and the Music Director at the Capital.

Ajay Devgn opened up about his feelings for the track at an event. The actor gave credits to MM Keeram for composing such a lovely song, he said, “Everybody expects something big and grand from Rajamouli sir’s film. Before this, there was one more song that was released, it has more visuals. With ‘Janani’, Keeram has literally cracked the soul of the film as I personally heard the song and found it emotionally incredible.”

Music composer MM Kreem also spoke about the song’s emotional vibe, “Rajamouli is very popular in making movies with grandeur and richness that includes action-packed scenes. Similarly, this movie also has all of the elements and showcases Rajamouli’s expertise in bringing emotions in his films. As the makers are not allowed to reveal anything related to the film prior to the release, I take a little liberty to leak something about it. ‘Janani’ is the soul of RRR, and let me say Ajay Sir is also the soul of the film.”

Post Baahubali’s success, SS Rajamouli became a nationwide household name, he has made another film on a grand scale and is set to break many records. The movie includes a star-studded lineup besides lead actors Ram Charan and Jr. NTR. Ajay Devgn, Alia Bhatt, Olivia Morris will be seen in pivotal roles while Samuthirakani, Ray Stevenson, and Alison Doody join in as supporting roles.

Jayanti Lal Gada of PEN Studios has bagged the theatrical distribution rights across North India and has also bought worldwide electronic rights for all languages. Pen Marudhar will be distributing the film in the North Territory.


ALSO READ: Alia Bhatt has the shortest role of her career in RRR