Please Like Us!!!
DesiGoogly > It’s a wrap! Rajkummar Rao and Bhumi Pednekar’s Badhaai Do concludes its final shoot schedule

Junglee Pictures’ Badhaai Do shoot has now concluded. The film went on floors early January starring the fresh pair of Rajkummar Rao and Bhumi Pednekar. Both leading actors will be seen in roles they have never played before, while Bhumi plays the role of a PT Teacher, Raj will be essaying the role of a cop. 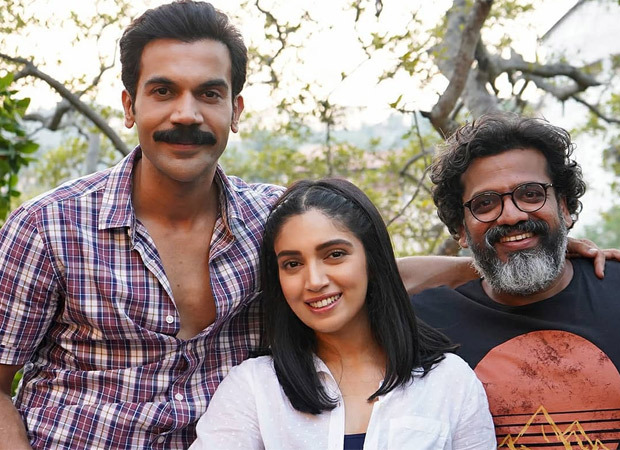 Announcing the wrap of the film, Junglee Pictures’ took to their official handle to share, “IT’S A WRAP FOR TEAM #BadhaaiDo! ???? Going to miss watching these smiles on the set but hey, there’s something else we are looking forward to, watching them in the film! ☺

The cast and crew wrapped up the final schedule of the film with a small celebration amongst them. More than anything, it was even more special that the shoot was successfully completed in these testing times without any interruptions. The film was majorly shot in Uttarakhand.

Bhumi and Rajkummar also shared that they were in search for a film to collaborate on and there couldn’t be a better collaboration than Badhaai Do for them. Speaking about her character ‘Sumi’ in an interview with a leading publication Bhumi said, “She’s sweet, feminine and she has her quirks and that’s why I feel that she is quite exciting.”

Rajkummar shared, “It was so much fun, it’s very cold but I love winters personally and specially shooting for Badhaai Do which is such an amazing script.” The film is another part of the National Award Winning franchise Badhaai Ho.

Junglee Pictures’ Badhaai Do is helmed by Harshavardhan Kulkarni, written by Akshat Ghildial and Suman Adhikary.

Also Read: It’s Pawri time for Rajkummar Rao and Bhumi Pednekar’s Badhaai Do team as they wrap up Uttarakhand schedule