The film industry members were invited at Prime Minister Narendra Modi’s residence in the Capital on Saturday. The focus was to talk about the shows and movies that have popularized Mahatma Gandhi and Gandhism on the occasion of the 150th birth anniversary of the Father of the Nation. 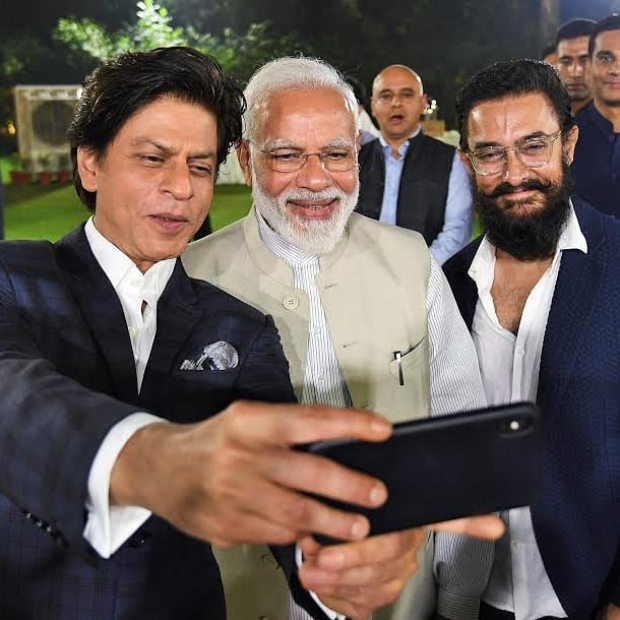 “Gandhi is synonymous with simplicity. His thoughts reverberate far and wide. The power of creativity is immense, and it is essential to harness this spirit of creativity for our nation. Several people from the world of films and television have been doing great work when it comes to popularising the ideals of Mahatma Gandhi,” noted Prime Minister Modi. 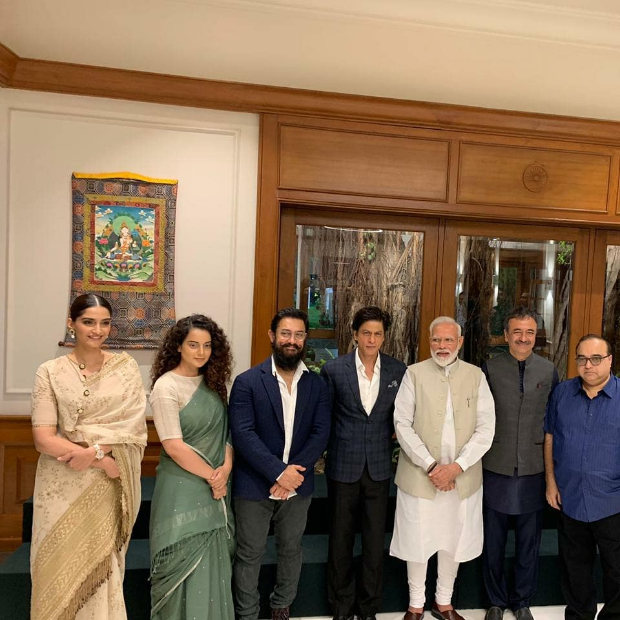 Shah Rukh Khan talked about the need to make stories on Gandhi and said, “I would like to thank the Prime Minister for bringing us all together, that too for a cause such as this. I feel we need to re-introduce Gandhi ji to India and the world. The film industry can get self-obsessed and it is important we create work that is not only about business.”

“It was a wonderful interaction we had with the Prime Minister today. He was very inspiring, very warm and very deep in what he had to say. I want to appreciate the PM for thinking about this effort. As creative people, there is much we can do, and I assure the PM that we will do even more,” said Aamir Khan.

It was a wonderful interaction, says @aamir_khan.

A great way to involve everyone, says @iamsrk.

It’s a remarkable day for us.

PM @narendramodi has given great respect to our industry.

Hear what Kangana Ranaut has to say… pic.twitter.com/Y0w6VvltV2

Jacqueline Fernandez said, “It was an extreme honour be in the presence of PM Modi ji, and also to have a Prime Minister who is so willing to lend a helping hand to the film fraternity”.

The Prime Minister was approachable and supportive of our efforts, says @Asli_Jacqueline.

Listen to what she has to say… pic.twitter.com/vKmNI1hGDs

After the session, PMO India twitter handle posted a video of Ekta Kapoor where she said, “For the first time it seemed like there is someone who knows our industry better than us”.

PM @narendramodi understands the power of our industry, says @ektaravikapoor after interacting with the Prime Minister. pic.twitter.com/IrD6BYmP6H

Anurag Basu said, “When we make films, there are moments we wonder why are we doing this. Today, we got a reason, a direction. All the creative people here are extremely upbeat after the session. I feel we will see results in a year’s time.”

The mood is upbeat.

Let’s look beyond the box office and think of a larger purpose, says @basuanurag after meeting PM @narendramodi. pic.twitter.com/UOJ39Ek09w

Filmmaker Imtiaz Ali noted. “The best thing about the session was that it was very informal. The film industry understands the informal language the best. The idea to make films on Gandhi ji will help reintroduce ourselves to Gandhi ji’s philosophy,” he noted.

The session was good and informal, says director Imtiaz Ali. He also highlights how this effort will add strength to popularising Gandhian thoughts. pic.twitter.com/B39UfOu0LE

Producer Boney Kapoor added, “This government has always been sympathetic to the film industry right from (Atal Bihari) Vajpayee saab’s time when we were recognised as an industry. Since Mr Modi came in, he has made it a point to ensure every glitch is solved instantly.”

Shri @BoneyKapoor feels that this Government has been sympathetic to issues of the film industry and has always tried to address issues raised by the industry. pic.twitter.com/l387NAj0tF

Here are some inside photos from the event:

Thank u @narendramodi for hosting us & having such an open discussion on #ChangeWithin & the role artistes can play in spreading awareness of the msgs of The Mahatma. Also the idea of a University of Cinema is extremely opportune!

Women in film with the honorable visionary #primeministerofindia

This has to be the best selfie I have ever taken ! ❤️ honoured to meet our PM @narendramodi ji and discuss the #changewithin initiative on how the film industry can positively impact the society. Such a charismatic man and so impressed by his ideas and efforts!! Change has to begin from within and if each one of us just understands our own responsibility we will make India a better nation to live in .. it’s our country , let’s treat it like our Home ????????