Please Like Us!!!
DesiGoogly > Indian Idol 12 contestant Sawai Bhatt and Navya Naveli Nanda exchange pleasantries on Instagram gets a reply for his namaste

The singing reality show Indian Idol 12 is undoubtedly the most watched and loved show. The contestants have become household names with their amazing performances. Pawandeep Rajan, Ashish Kulkarni, Sawai Bhatt and Arunita Kanjilal have become audiences’ favourite and have gathered a huge fan following. While Sawai Bhatt got eliminated last weekend, his performance on a song from Amitabh Bachchan’s Bhagban did not go unnoticed. Superstar Amitabh Bachchan’s granddaughter Navya Naveli Nanda became a fan of Sawai’s singing and posted his video on her Instagram handle. 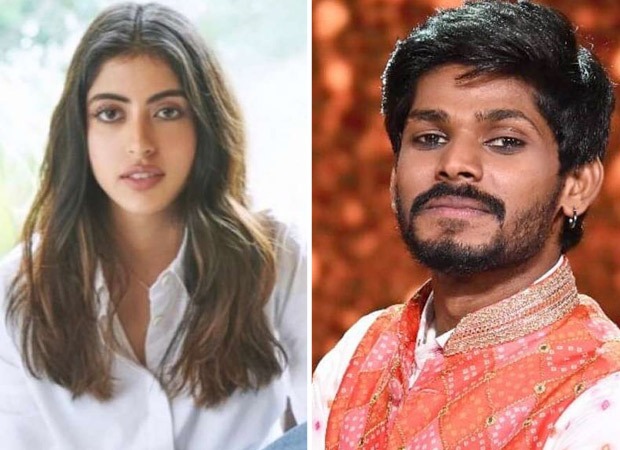 Sawai Bhatt was very happy when he found a fan in Navya Naveli Nanda and immediately reposted it on his Instagram profile. Navya took notice of that too and said she has experienced a total fangirl moment. Following this there has been another social media exchange between Sawai Bhatt and Navya Naveli Nanda. Navya had posted a picture of hers on Instagram and Sawai commented “Namaste Mam.” on it. As Navya knows Sawai very nicely she did not ignore his comment and replied to him back by posting folded hands emoji.

A few days back a fan had told Navya to try her luck in Bollywood as she is very beautiful. To this Navya gave a sassy reply that beautiful women can run businesses too. Navya Naveli Nanda has joined her father’s business and feels proud to have taken this decision.