Please Like Us!!!
DesiGoogly > “I have given two stars to the industry, one is Deepika Padukone, and the other is Rakhi Sawant,” reveals Zee Comedy Show’s Farah Khan

This weekend, we will see Rakhi Sawant, Ravi Kishan, and Anu Malik make us ROFL with their hilarious antics at Zee Comedy Show. They will be seen as special guests during this Saturday’s Reality Show Spoof episode where all the eleven comedians will come together as – Team Hasaayenge and make each one of us laugh out loud while giving the audience a hilarious take of Indian reality shows! 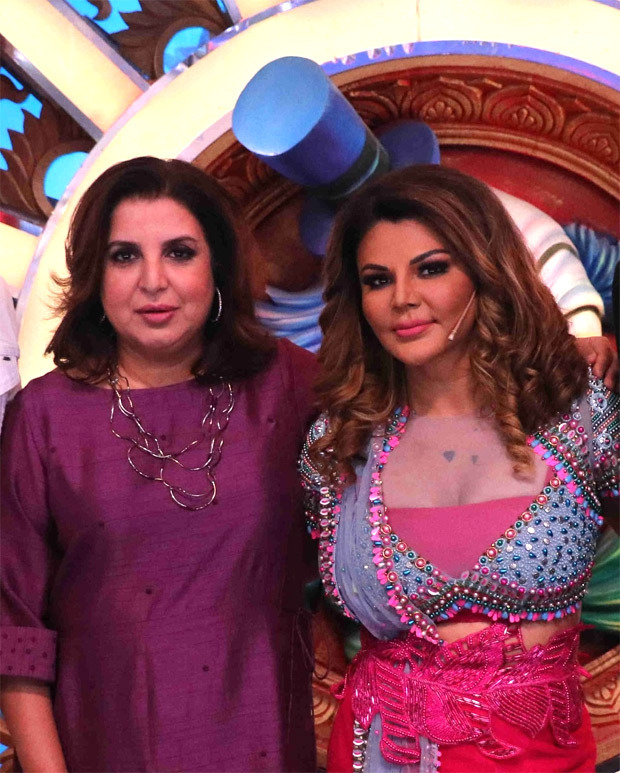 While the entertaining acts put up by all the comedians coupled with the witty reactions of Farah Khan surely left everyone in splits, it was Rakhi Sawant’s shocking revelation about her days of struggle that left everyone stunned. During the shoot, Rakhi spoke about how she survived on just a bowl of dal to look slim and trim and how she would land up at auditions that she wasn’t even called for in the first place. However, it was one call from Farah Khan’s office that changed her life!

As Rakhi Sawant on the show revealed, “I have truly faced a lot of struggle in my life. In fact, at the start of my career, I used to audition for anything and everything that I heard about. There was a time when even though I was not called for a particular audition, I would enter their office and request them to take my audition. My mother had told me that there would be a lot of struggle, but one day I could be like Helen, Madhuri Dixit or Sridevi. I used to give my best and to look slim and fit, I used to have only one bowl of dal every day. However, things weren’t looking so great. But one fine day, I got a call from Farah Madam’s office, and they called me for an audition at Shah Rukh Khan’s Red Chillies’ office and things changed from there. As soon as I kept the phone, I lost consciousness. My mother gave me another bowl of dal and that’s when I got into my senses and started preparing for my audition.” 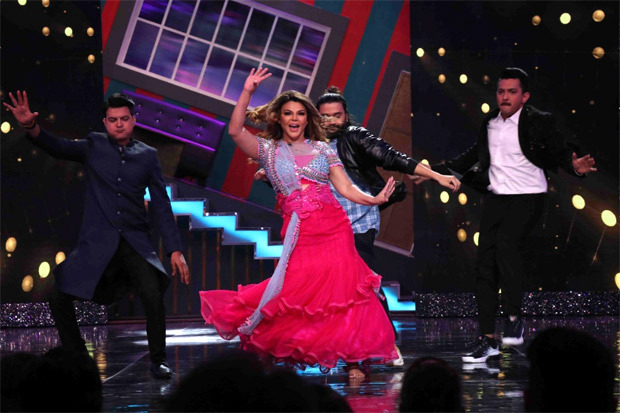 She further added, “I was told that I would have to look glamorous as the character was such. But in the chawl that I was staying at; you couldn’t step out in such clothes. So, I asked my mother what should I do? She gave me a set of curtains, which I wrapped around my glamorous clothes and went for the audition. As soon as Farah ji saw me in that get-up, she was stunned. She asked me what I was wearing and asked me if I had got the brief about the glamorous look. I told her yes and mentioned that she’ll see her character in me as soon as the cameras roll. She had faith in me, I guess, and so she told her team to roll the cameras and as soon as they started, I removed the curtains, they love my audition and immediately offered me the film. I truly am the discovery of Farah Khan and Shah Rukh Khan and I am really thankful to both of them.”

Farah Khan also mentioned, “I have given two megastars to the industry, one is Deepika Padukone, and the other is Rakhi Sawant. Both of them are great actors, but I have to say that Rakhi was the most punctual, hard-working, well-behaved, and respectful girl on the sets of Main Hoon Na and I love her for that.”

While Rakhi Sawant, Anu Malik, Ravi Kishan, and Farah Khan’s banter and revelations will keep everyone entertained, do not miss the comic acts by all the artistes of Zee Comedy Show during this weekend’s episode. In fact, the artists will go all out to entertain one and all as they take part in reality shows spoofs like Dance India Saregama Dance, Bigg Loss, Tum Banoge Crorepati, Thappadon Ke Khiladi, amongst others.

To have a hearty laugh and drive away your stress, tune in to Zee Comedy Show this Saturday and Sunday at 10 PM, only on Zee TV.