Please Like Us!!!
DesiGoogly > “I felt you sounded like AR Rahman,” said Mika Singh to Ankit Tiwari for his Sufi performance on Indian Pro Music League

Zee TV has been a pioneer and a trend-setter in shaping television content over the past three decades and once again, it seems to be changing the face of music reality shows with its latest non-fiction property, the Indian Pro Music League (IPML). While the world of sports has seen several league competitions, this unique music league has six teams representing different regions of India, battling it out against each other in a musical championship. After a fantastic start to the fourth innings, this weekend we will see Gujarat Rockers and UP Dabbangs go head-to-head in a league match. 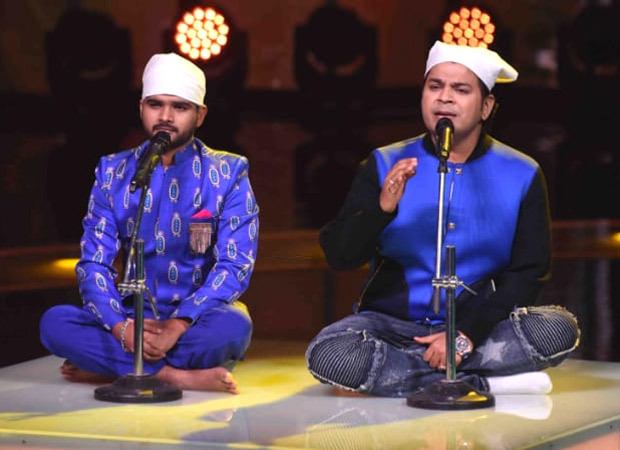 While the upcoming episode of Indian Pro Music League will have some of the finest performances on display, one particular act will leave you all spellbound. During the shoot of the league match, UP Dabbangs’ Ankit Tiwari and Salman Ali did a jugalbandi battle with Javed Ali and Hemant Brijwasi to the song ‘Haji Ali’. To everyone’s surprise, Ankit Tiwari showed off his Sufiyana avatar and his performance left everyone mesmerised. Considering most of his songs have been romantic numbers, no one expected him to ace the Sufi number with panache and sway people off their feet. His attempt at singing something different not only impressed the audience and our special guest – Osman Mir, but also had a very strong impact on the judges for the night, who were seen commending the singer for his excellent performance.

While speaking highly of Ankit, Bengal Tigers’ captain Shaan said, “I’ve never heard Ankit sing a Sufi song before, but what a performance! You know, when there’s spirituality in a voice, no matter what song you sing, it naturally turns out to be very special.”

Punjab Lions’ captain Mika Singh also joined Shaan in praising Ankit, as he added, “Ankit, I was just telling Shaan how you sounded exactly like AR Rahman because I think you have the same pitch as him. This performance was an actual experience, I simply closed my eyes and felt that we’re all in a dargah while listening to it. I think that’s the beauty of not only the song, but the singer too, great one!”

Delhi Jammers’ Sajid Wajid also complimented Ankit for his brilliant performance, as he mentioned, “I’ll be very honest with you, I’ve just heard a couple of your songs, not too many. But today after hearing you sing, I can say that the texture of your voice is somewhat magical and it fits not only in romantic songs, but any song that you sing. Fabulous performance!”