Please Like Us!!!
DesiGoogly > Hrithik Roshan shows his goofy side, posts an Instagram story of him in a Disney Pixar character

Actor and dancing icon Hrithik Roshan shared a video clip of his face converted into a Disney Pixar character. He shared two clips from his shoot location where he is seen talking with his crew while putting on makeup and next talking to a female member. 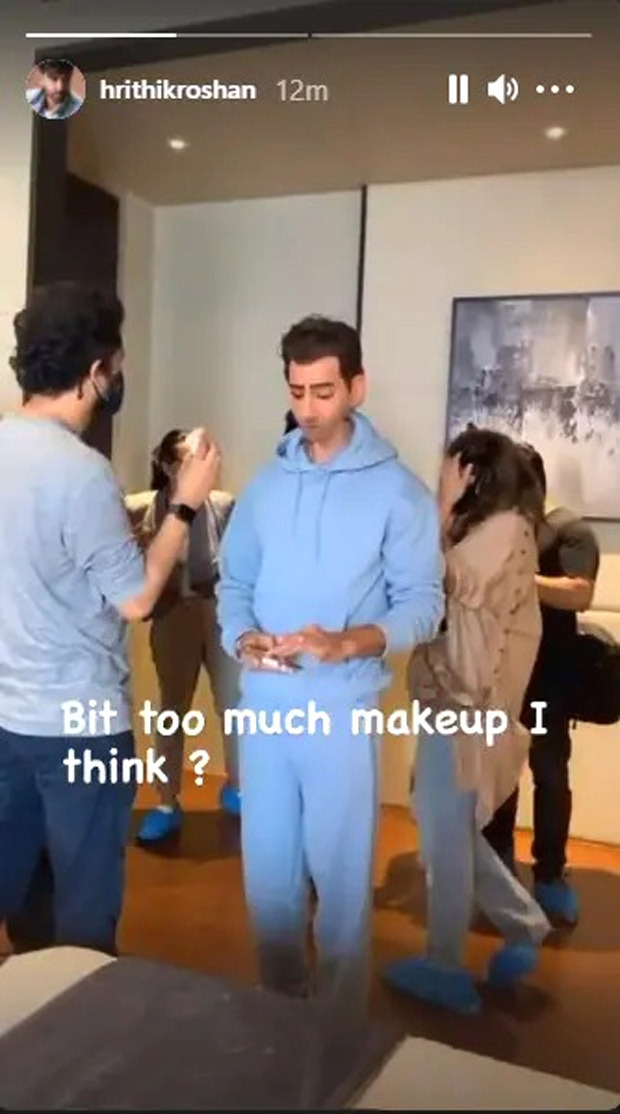 The actor keeps his fans updated with his pictures, stories, and tweets. The fans found his clip adorable and can’t get enough of his cuteness. In the first clip, he is seen getting makeup done wearing a blue tracksuit and asks his makeup artist, “Bit too much makeup I think? a female replied to him, “Great, perfect, good job.” In the following clip the actor is having a discussion with a female and replies with “yup” in the clip, replying to an earlier question on makeup.