Here’s how Pooja Gor is taking extra care during outdoor shoot; PICS INSIDE 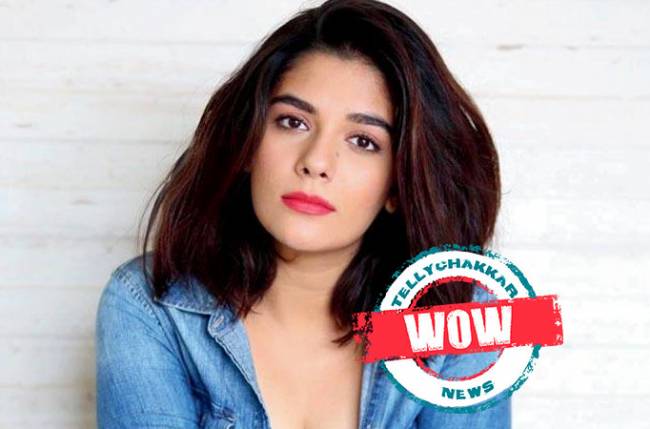 MUMBAI: TellyChakkar is back with an interesting update from the world of television.

We’ve been at the forefront of reporting updates about all the upcoming television shows and web series. (Read here: Mann Ki Awaz Pratigya: Pooja-Arhaan to return to the screens with a new season )

Well, recently, the news of Mann Ki Awaaz Pratigya Season 2 soon hitting the tube went viral and left fans elated. A picture of Arhaan Behl and Pooja Gor from the first season along with the maker Pearl Grey went viral on the internet and left us wanting more. The show is slated to launch on Star Bharat.

Pooja Gor is one of the most popular television actresses. She has acted in several serials such as Mann Kee Awaaz Pratigya, Kitani Mohabbat Hai, Sapna Babul Ka…Bidaai, among others.

Apart from her acting skills, she is also known for her style sense. Her social media account gives us glimpses of her various fashionable avatars.

Pooja is quite active on her Instagram handle, and keeps giving her fans an insight into her day to day life. The actress enjoys a massive fan following of 728K followers, and her posts are quite fun to look at.

The actress recently jetted off to Prayagraj to kickstart the shoot of her most anticipated show Pratigya Season 2.

Pooja Gor is travelling along with her co-star Arhan Behl and producer Rajan Shahi. The actress is sharing the pictures constantly to give her fans a sneak-peak into the whole preparation.

We recently stumbled upon a Instagram story of Pooja, which is worth giving a look. Check Out:

The actress shared a picture with the caption, ‘Because Ma ne Bola’. Travelling and shooting in the times of a pandemic can be a big stress and the actors job is pretty demanding as they can’t even where a mask while shooting.

Owing to the present situation, like several other conscious celebrities Pooja Gor too is making sure to remain cautious while shooting outdoor.

Pooja is following the advice of her mother and taking the multi-vitamins and ayurvedic medicines to keep her immune system strengthen to fighten out the chances of contracting virus.

Well, we really love Pooja’s ‘Maa Ki Advice’ and its commendable that the actress is following a strict medication to avoid the virus.

What do you think about Pooja’s efforts?

Also read: Pooja Gor sets the temperature soaring in a sexy swimsuit; check out her photos from Maldivian vacay