Please Like Us!!!
DesiGoogly > “He is real, he is one among us, he can be anyone”- Kartik Aaryan talks about his character Arjun Pathak in Dhamaka

Kartik Aaryan is gearing up for the release of his much-talked-about film Dhamaka directed by Ram Madhvani. The film promises to show Kartik in a completely different light as he turns news anchor Arjun Pathak for the film, whose life turns upside with a phone call- a call that puts his life on the line. The trailer of the film was released earlier today and gave a glimpse into the chaotic and emotionally charged phase of Arjun Pathak’s life. At the trailer launch of the film, Kartik Aaryan spoke about what drew him to the character and challenged him to step out of his comfort zone as an actor. 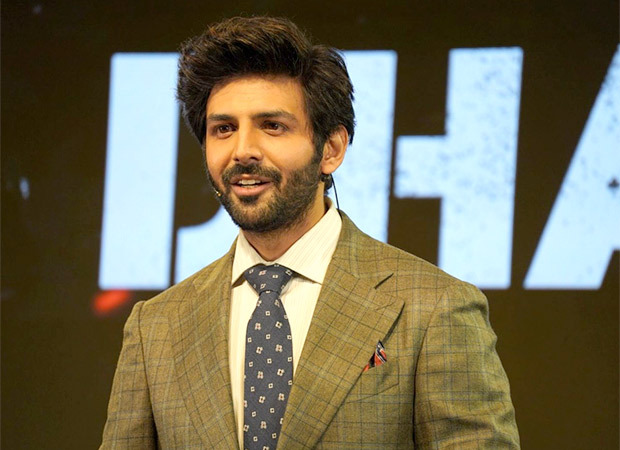 Ahead of the release of the trailer, Kartik Aaryan spoke about his character Arjun Pathak and what the audience can expect. “Arjun Pathak is not vanilla, he is a grey character. The common thread in all my characters till now has been the relatability factor and even with Arjun Pathak, he will come across as a relatable person. Even I am very ambitious whether it is my career or whatever it is in my life and so is Arjun Pathak. In various situations that you will see in the film, those situations will be very relatable to many.”

“He is not a preachy man, he is real, he is one among us, he can be anyone and from any industry. So I think that got me excited. Another exciting thing was Ram Madhvani sir. When he offered me this film, I said yes without batting an eye. When such a maker comes to you with such a story, you do not say no and I went all out and sincerely worked on this as he said. I am so glad and you won’t see me in the trailer for the first time maybe you will see Arjun Pathaka and all thanks to Ram sir,” he added.

Dhamaka also stars Amruta Subhash and Mrunal Thakur and will be released on Netflix on November 19.