Please Like Us!!!
DesiGoogly > Harshvardhan Rane recalls meeting John Abraham in 2004 as a delivery boy

Actor Harshvardhan Rane who recently gave an impressive performance in the film Haseen Dillruba also starring Taapsee Pannu and Vikrant Massey, revealed that he worked as a delivery boy in 2004 and that he had once delivered a helmet to actor John Abraham. 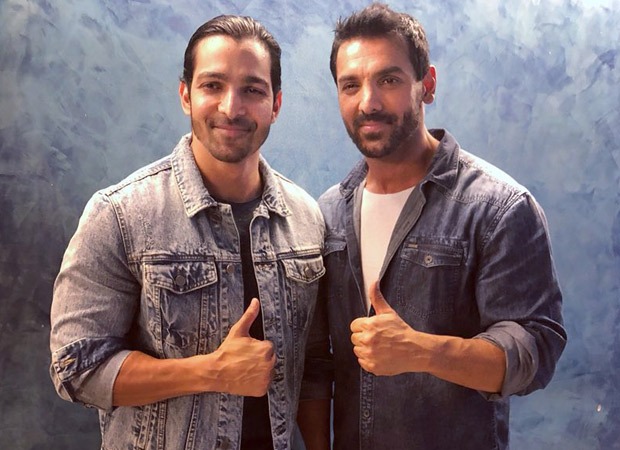 Talking about the incident to a daily, Harshvardhan said that he once delivered a helmet to John in 2004. He said that the way he felt seeing him that day, he continues to feel the same even today when he meets him.

Harshvardhan will next be seen in the film Tara vs Bilal which is being produced by John. The actor further said that John is the producer of his film but he still gets nervous around him. He said that when John places his hand on his shoulder he starts stepping backward and wonders when he will go as it makes him nervous.

Recalling the 2004 meet, Harshvardhan said that when he is was delivering the helmet, he had oil in his hair and pimples on his face and was riding a dirty bike. Harshvardhan said he still addresses him as ‘sir’, even though John has asked him not to, but the actor seems to cannot help himself from addressing him that way.

Harshvardhan Rane is best known for his roles in the popular TV series Left Right Left and films such as Sanam Teri Kasam and Taish.