Please Like Us!!!
DesiGoogly > Han Hyo Joo and Park Hyung Sik’s Happiness tells a tale of uncertainty and fear amidst life-threatening situations amid infectious disease

South Korean actors, Park Hyung Sik and Han Hyo Joo, pair up for the first time in the new K-drama Happiness. The drama also marks Han Hyo Joo and Park Hyung Sik’s comeback to the small screen. Han was last seen in the 2016 fantasy romance drama W- Two Worlds alongside Lee Jong Suk. Happiness marks Park’s first drama after completing his mandatory enlistment. It premiered on November 5, 2021. The first week saw largely positive reviews for the drama. It is set in the present times where the world is just getting back to normalcy from the COVID-19 pandemic, and it is again hit with an unknown infectious disease. The drama chronicles the lives of the people as they face a new crisis, and how a large-scale outbreak affects the lives and mindsets of the society in general. 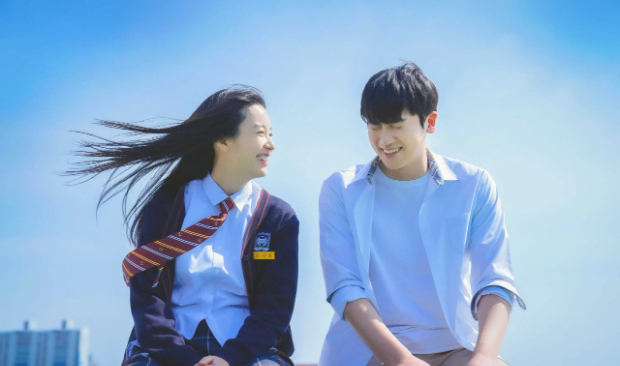 Han Hyo Joo plays the role of a counter-terrorism unit officer Yoon Sae Beom. She is sassy, smart and curious about everything. Park Hyung Sik plays the role of Jung Yi Hyun, a detective and a former baseball player. Back when Jung was in high school, he suffered from a knee injury and he had to leave his career as a baseball player. The two know each other since high school and have remained best friends since. They share a great rapport and are there through thick and thin for each other.

The third important cast member is Han Tae Seok (played by Jo Woo Jin). He is a non-nonsense military officer, whose responsibility is to bring the situation under control and at the same time understand the nuances of this unknown and rapidly spreading disease. Kim Jeong Gook (played by actor Lee Jun Hyuk) is Jung Yi Hyun’s partner at the police force. Not much is shown about the characters’ past, except the initial scene during their high school years and the news about Han Tae Seok’s past work as a military doctor and a pharmaceutical company employee.The supporting cast members Park Hyung Soo, Baek Hyun Jin, among others, are also introduced in the second episode. They play the roles of the residents of the Le Ceil apartment building, and soon will be pivotal to the story as it progresses. 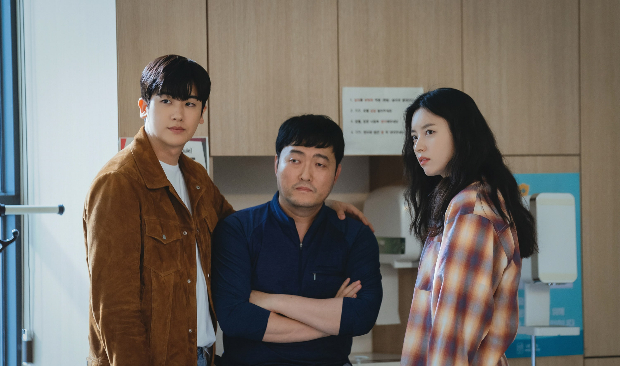 Happiness is projecting something which is very psychological and close to the viewers. The world has been rocked at the axis because of the coronavirus pandemic. The way of living has changed, and so has the mindset. Fear, anxiety, feeling lost, and many such emotions rose and altered the way people perceived each other. The survival instinct was at peak, and the society did not shy away from hoarding or blocking resources to ensure their close ones survive first. The pandemic also gave rise to prejudice. People from lower economic classes were begun to be viewed with suspicious eyes, and a new wave of resentment rose. These feelings and emotions are mirrored in the drama, as the world projected in the story faces a new life-threatening crisis.

There is a new disease whose details and exact nature are not known to the public. People who are infected with this disease feel an undying thirst which cannot be quenched with water. They resort to flesh eating and attack other humans. Their behaviour is highly violent and unpredictable. No one knows how this disease came into being, and what the cure is. The government is working in secrecy to contain such individuals and examine the occurrence of the disease. It is being compared to rabies and is called as ‘Mad Human Disease’ akin to the ‘Mad Dog Disease’ that renders a dog violent.

The leads are thrust into the epicenter when Yoon Sae Beom is bitten by one of the infected individuals. She is taken to a dorm and she undergoes several medical tests. At night, the camera pans to a panoramic view of the dorm she is held in, and at the windows all infected individuals are showing violent and wild behaviour. The scene is creepy and fearful to look at. It makes one question ‘What will happen next? Will I be safe?”

Yoong and Jung move into a new apartment in Le Ceil building which is allotted to officers from Sae Beom’s department. The candidates are evaluated on several bases such as marital status, work evaluation, etc. Sae Beom’s work was excellent and whatever help is needed there was completed by Han Tae Seok. She needed to get settled and found Yi Hyun as the answer. Although the two do not express any romantic feelings for each other, they get into an agreement so that they get the apartment. This said apartment is in a building which has some weird rules already in place. The tenants are seen as a different entity so much that the stairways between the tenants’ floor and the top floors are blocked and they are not allowed in the gym either.

The audience is introduced to a drug which was a failed medicine for pneumonia and has negative side effects on the consumers. It was mass produced and distributed worldwide. This drug is supposedly instrumental in the new crisis. The apartment above Sae Beom’s is owned by a couple who are both doctors. The lady is shown consuming the said medicine. Strange noises come from their apartment and when Sae Beom goes to enquire, she is met with a cold answers and strange behaviour from the man. There is definitely something strange going on behind closed doors.

Then there is Sae Beom’s work partner Lee Seung Young, played by actor Lee Kyu Hyung. When there is something strange happening in the world, there are people who want to know exclusive first-hand details about the same. And then there are people who are ready to give those details, in exchange of monetary benefits. Lee Seung Young falls in the latter category. He is also infected, like Sae Beom, but he is scared and does not seek medical help. When contacted by the reporters, he decides to get the details and earn some money for his family’s future, since it is said that people with this disease do not make it back alive. Fear can cause people to act irrationally, and Seung Young’s example fits the category. At the end of episode 2, while he is away to get some exclusive footage, he too turns into one of the flesh-eating people. 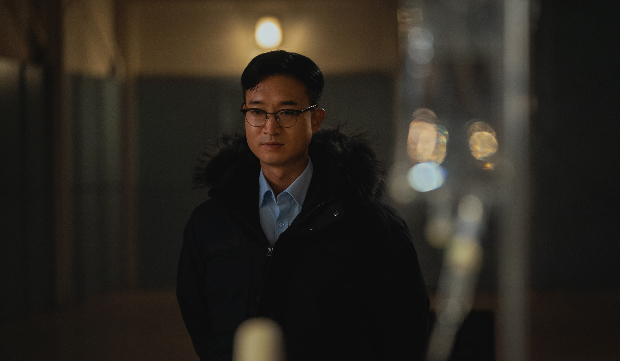 The title Happiness seems quite antithetical to the story, since the drama is anything but a comment on happiness. There is an abundance of fear and uncertainty. Yoon Sae Beom is seen sighing at the prospect of happiness as she settles into her new home, which for her is a source of happiness. Her delight is also visible when she expresses her desire for remodeling the space. Despite getting a new home, she is a little worried and unsure if she can achieve happiness amidst chaos. The title graphic is also shown as fading into nothingness, and one can say that it nods at the imminent future of the story, as the characters are plunged into a chaos and there is no room to feel genuinely happy.

The drama moves on a steady pace with occasional sprinkle of a joke or two to lighten the mood, but soon things will take a faster and darker turn as the situation escalates and gives rise to various moral, philosophical and life-altering situations. The desolate landscapes, sparsely crowded public spaces, mask wearing individuals and the chatter about COVID-19 showcases how the world has changed. The setting gives off a very lonely vibe that hints at an uncertain future. There is a scene where a religious preacher is giving message of hope to the listeners, but it feels anything but genuine. This small scene also holds significance because it portrays how greedy people are ready to play other’s fears for their own benefit, under the name of religion. Yoon puts on an optimistic face when her partner expresses his fear that he might die soon. This also shows how people face serious situations – by giving assurances, hope and support that all will be well soon.

Han Hyo Joo and Park Hyung Sik ease into their roles as frontline workers and also as two individuals who are facing a serious situation. Their banter is fun and it also sheds light on them as a person, instead of an entity. Despite coming back to the screen after a gap, both actors have shown that their acting finesse has only improved with the years. Jo Woo Jin, who is known for his roles in dramas like Goblin, plays his part with flair. Lee Jun Hyuk’s presence on screen is comical to a certain extent. He is the comic relief in between stressful situations.

Episode 2 of Happiness ends with a couple of open-ended scenes that will take the story ahead next. The residents of the building are a mystery themselves. As the story will unfold later, the secrets will spill out, bringing additional tension in the wake of a new pandemic. As seen in the trailer, the Le Ceil building is soon closed off as the disease spreads at a rapid rate. With all people trapped inside, and a life-threatening disease to combat, how will the people survive? Will the humanity come together and fight or will it get divided?