Please Like Us!!!
DesiGoogly > Gulshan Grover sparks rumours of MS Dhoni’s cameo in Akshay Kumar and Katrina Kaif starrer Sooryavanshi with this picture

Ahead of the release of the much-anticipated film Sooryavanshi starring Akshay Kumar and Katrina Kaif, Gulshan Grover dropped a speculative post. Grover who plays the antagonist in the Rohit Shetty directorial has sparked rumours of cricketer MS Dhoni being a part of the film. 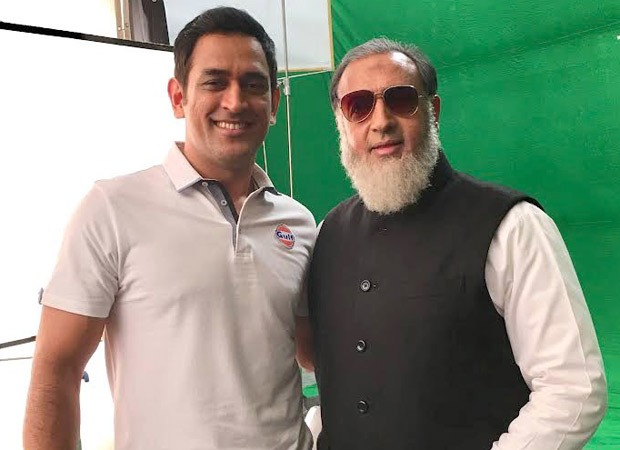 Gulshan Grover recently took to his Twitter handle to share a picture with MS Dhoni clicked on the sets of Sooryavanshi. Grover is seen in his look from the film as he posed alongside Dhoni who is seen dressed in casuals. Captioning the photo, the actor wrote, “On the sets of #Sooryavanshi with brother @msdhoni. What? Is MS Dhoni acting in the film or happened to filming in the same studio? @akshaykumar.”

On the sets of #Sooryavanshi with brother @msdhoni . What? Is MS Dhoni acting in the film or happened to filming in the same studio? @akshaykumar pic.twitter.com/BjMkadiZFF

The picture and the caption by Grover have left fans confused as to whether Dhoni will be making a cameo appearance in the film or not. However, all the promotional activities of the film have not hinted at a special cameo by the cricketing legend. All suspense will come to an end as the film is set to release worldwide on November 5.

Sooryavanshi belongs to the cop universe of Rohit Shetty which also comprises the characters of Singham (played by Ajay Devgn) and Simmba (played by Ranveer Singh). Interestingly, both also feature in the film in special appearances. The film releases on Friday, November 5, and is expected to be one of the widest or probably the widest release ever for Akshay Kumar.

ALSO READ: Just a day left for Sooryavanshi to release but the issues still remain unsolved; ANGER builds up among exhibitors and moviegoers