Please Like Us!!!
DesiGoogly > From Jacqueline Fernandez, Zendaya to BLACKPINK’s Jennie, how celebrities are channeling Y2K trends in 2021 compared to celebs in 2000

We are all feeling nostalgic these days as 2000s fashion is back. It was all about edgy, sexy, and confidence. This trend is all over the internet now. From A-list celebrities to top social media influencers, everyone is rocking this trend. This trend has been taken to another level by many celebrities and influencers as many of them have recreated the 2000s aesthetic-inspired look. 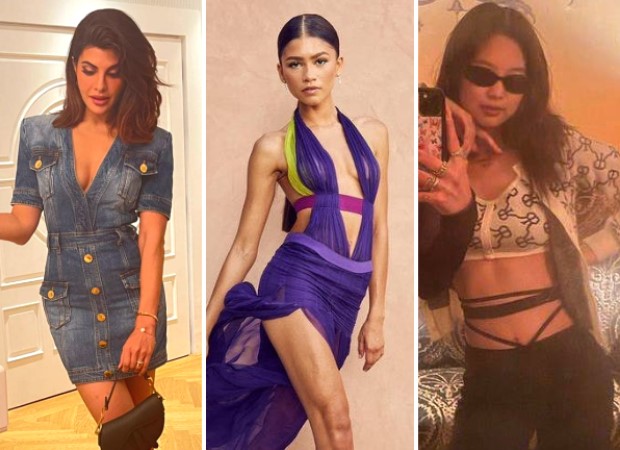 Celebrities are incorporating Y2K aesthetics in modern ways and many seem to have inspiration from Britney Spears, Christina Aguilera, Beyonce, and more. 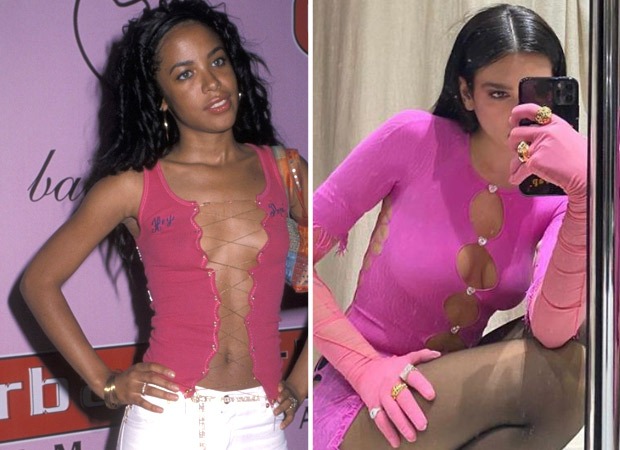 Aaliyah’s sense of style was unmatched. She always brought something different to the table, just like this pink strings entangled top. Popstar Dua Lipa’s Grammys 2021 outfit looked similar – instead of strings, she used buttons. 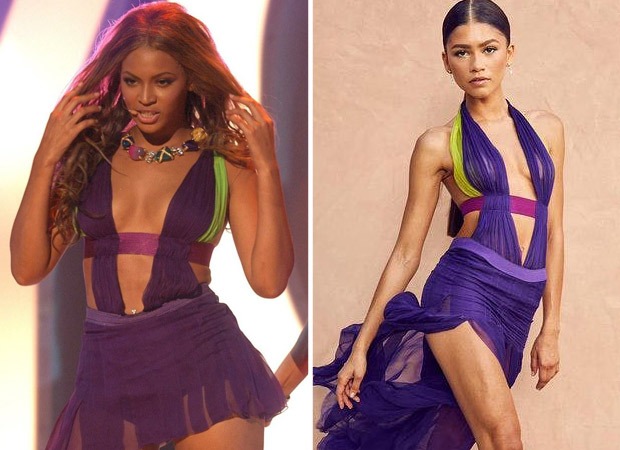 Beyoncé made a huge style statement in 2003 when she wore custom Versace purple and green dress during one of her performances. In 2021, Zendaya paid homage to her and broke the internet when she posted some amazing pictures wearing the same dress. Many people started to compare them and the resemblance is uncanny. 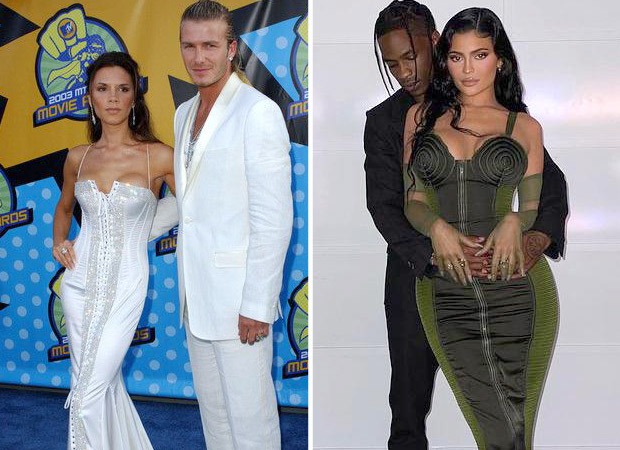 Victoria Beckham proved to us that corsets can be styled in different ways by wearing this beautiful white dress. Recently, Kylie Jenner wore a figure-hugging corset dress. 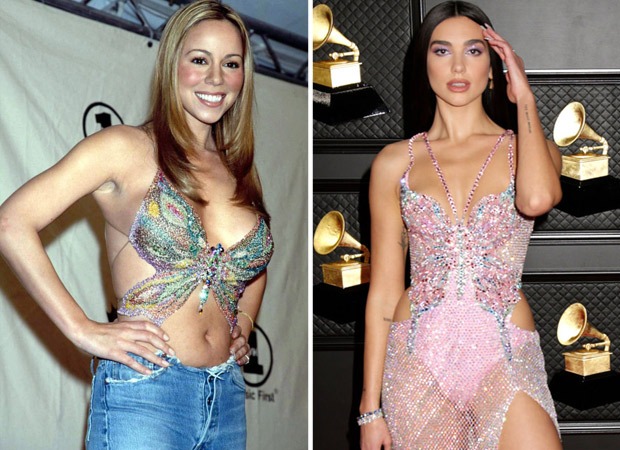 The talented singer and ultimate shade queen Mariah Carey has made many bold fashion statements. She set the trend back in the day of wearing an embellished butterfly crop top. Dua Lipa also wore a butterfly design-inspired dress and it is just beautiful to look at! 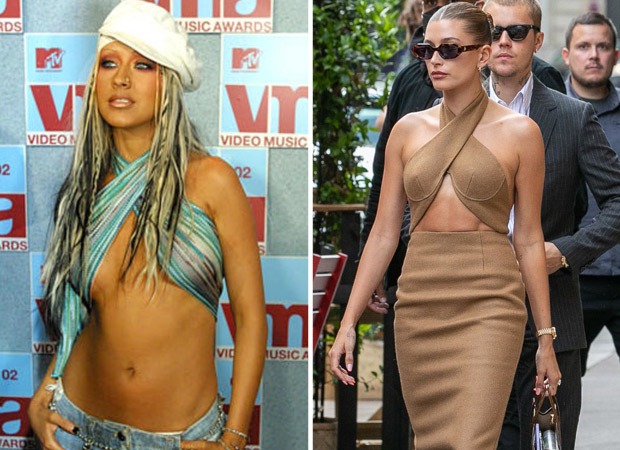 Christina Aguilera was the OG fashionista in the 2000s. Many celebrities today take inspiration from her iconic looks. Hailey Baldwin’s beige-colored dress looks like it was inspired by Christina Aguilera’s blue scarf top. 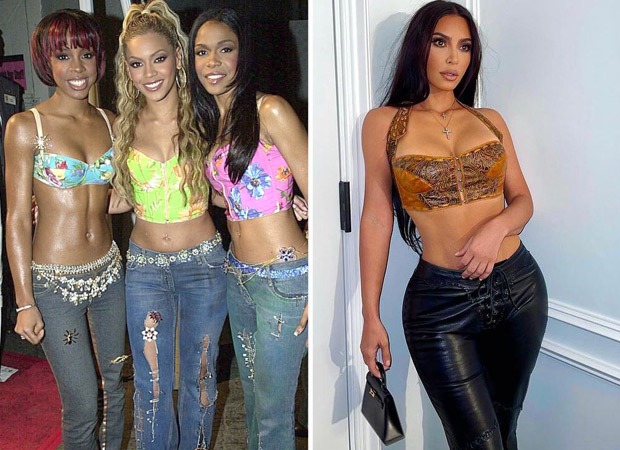 Destiny’s Child’s fashion sense was very creative in the 2000s. Kim Kardashian followed this trend by wearing a similar crop top just like the members of Destiny’s Child. 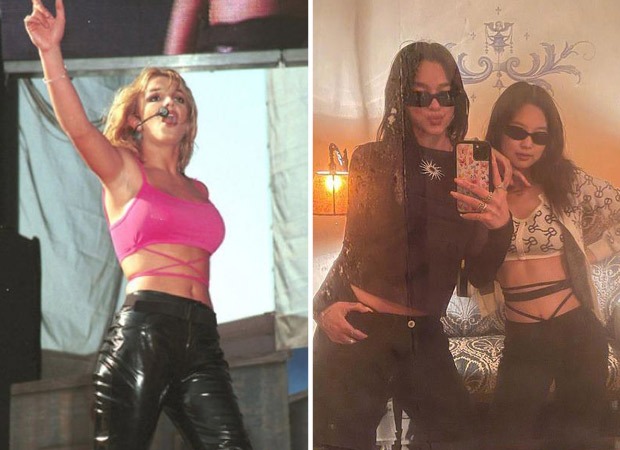 When it comes to midriff flossing, Britney Spears is whom you should look up to for your inspiration. Even BLACKPINK’s Jennie wore a similar midriff top during an outing with pop star Dua Lipa. 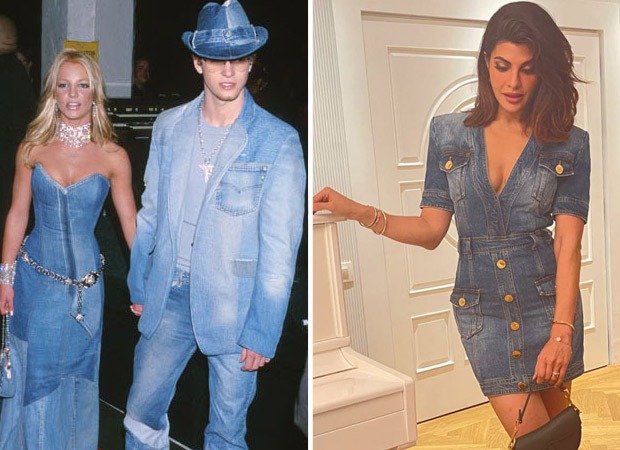 When Britney Spears and Justin Timberlake made an appearance together at American Music Awards wearing all denim clothing, it was a night to remember. This look is so iconic that even Katy Perry paid homage to this look by wearing it during 2014 VMAs. And now again Bollywood actress Jacqueline Fernandez made us feel nostalgic by wearing this Balmain’s all denim dress. 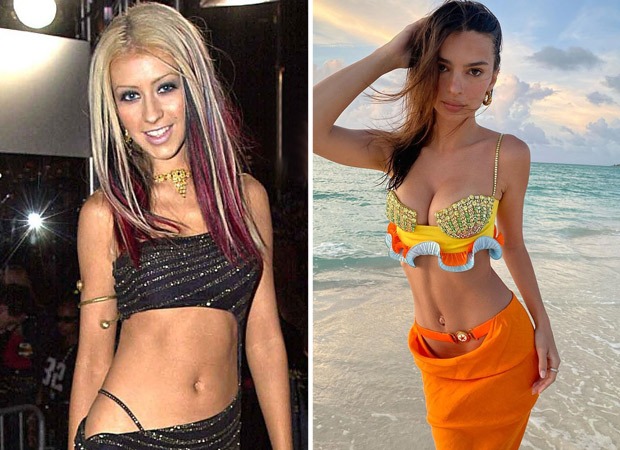 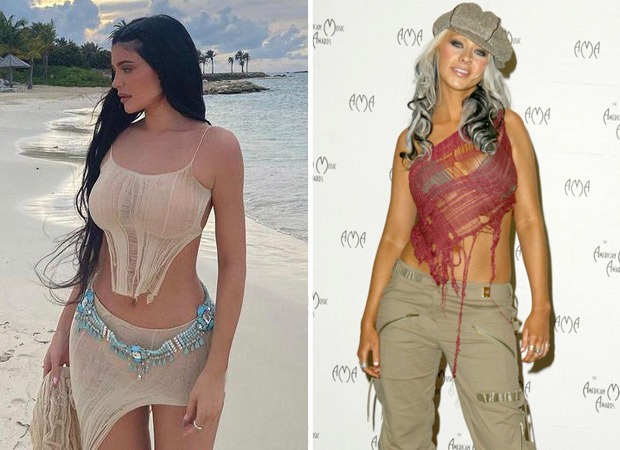 Christina Aguilera makes it again in this because let’s face it; she has basically had a huge hand in making Y2K fashion a real thing. Her ripped red one-shoulder see-through crop top caused quite a stir in media when she paired it up with cargo pants. Kylie Jenner’s recent beachside picture wearing a beige see-through corset-shaped top looked similar to Christina’s iconic look and both the stars flawlessly pulled the look off.