Please Like Us!!!
DesiGoogly > From calling Deepika Padukone his ‘queen’, to revealing he is on ‘vegan’ diet, Ranveer Singh answered some fun questions from fans

Superstar Ranveer Singh is currently on a vegan diet, as revealed by him. Ranveer, who is looking leaner and supremely fit, was doing an AMA (As Me Anything) session on his social media when a fan asked him to speak about his current diet regime. Looks like Ranveer wants to achieve his best physique ever for Karan Johar’s Rocky Aur Rani Ki Prem Kahani and he has become vegan for the time period. Ranveer has always experimented with his body type for films and wowed us all with his transformations in films like Padmaavat, Gully Boy, among others. In his next, 83, he is a complete replica of the iconic Kapil Dev and he is unrecognisable in Jayeshbhai Jordaar. So, all eyes on his transformation with this vegan diet for Rocky Aur Rani Ki Prem Kahani. 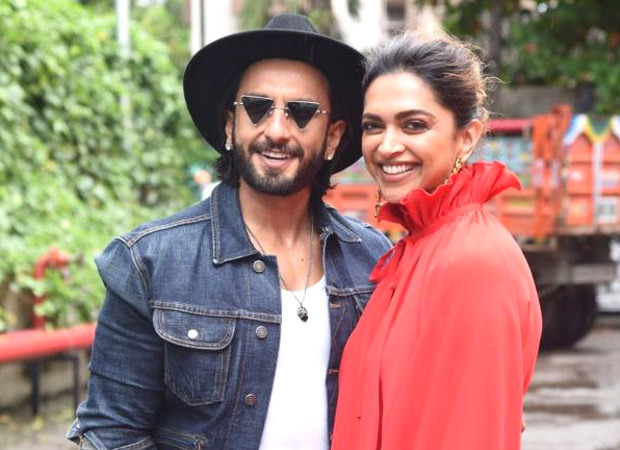 In the session, Deepika Padukone asked him ‘When are you coming home?’ and he had fun response to it. He called her ‘queen’. 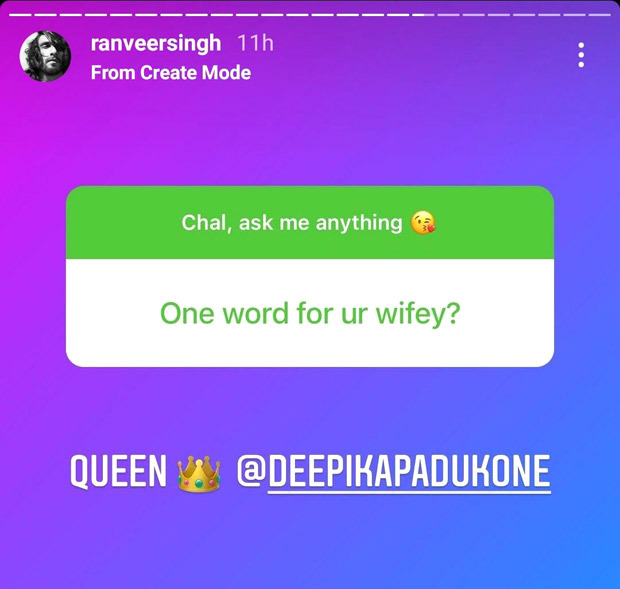 Here are some of the fun responses: 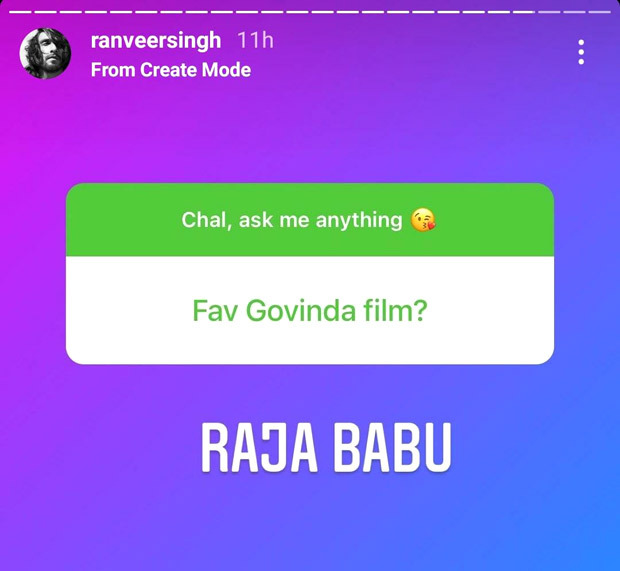 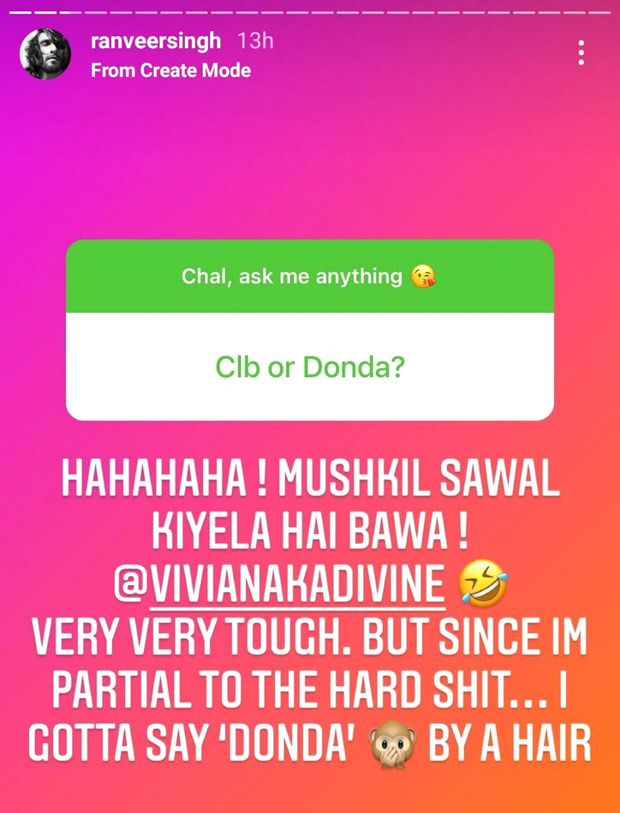 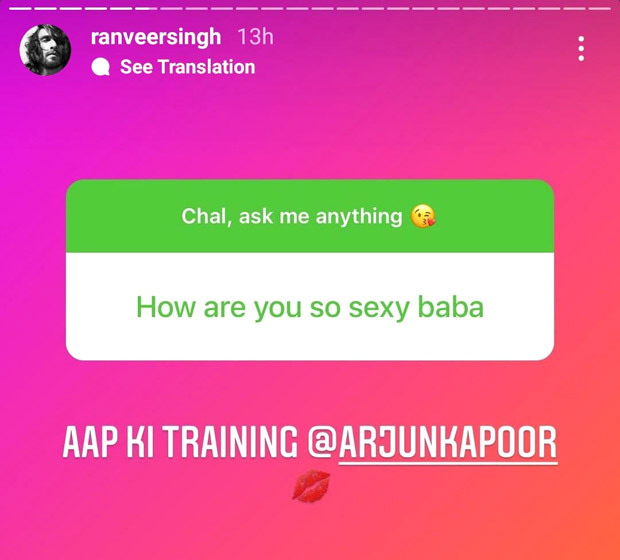 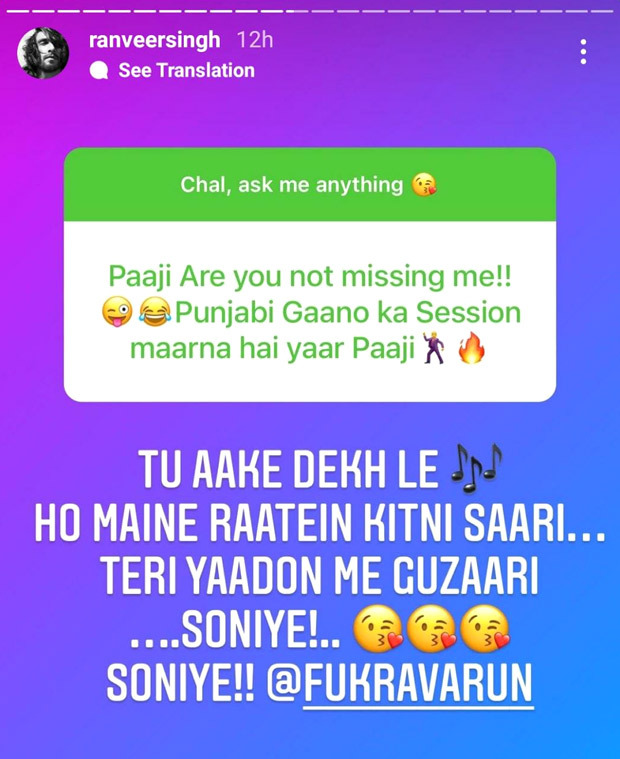 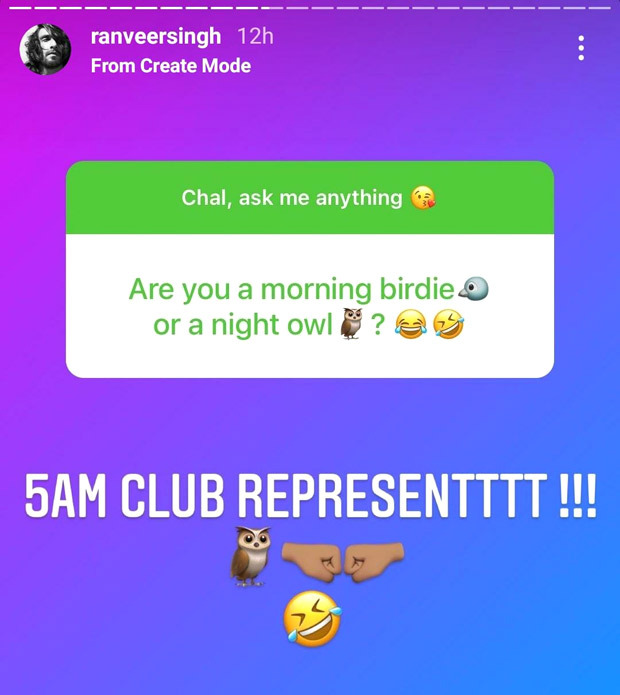 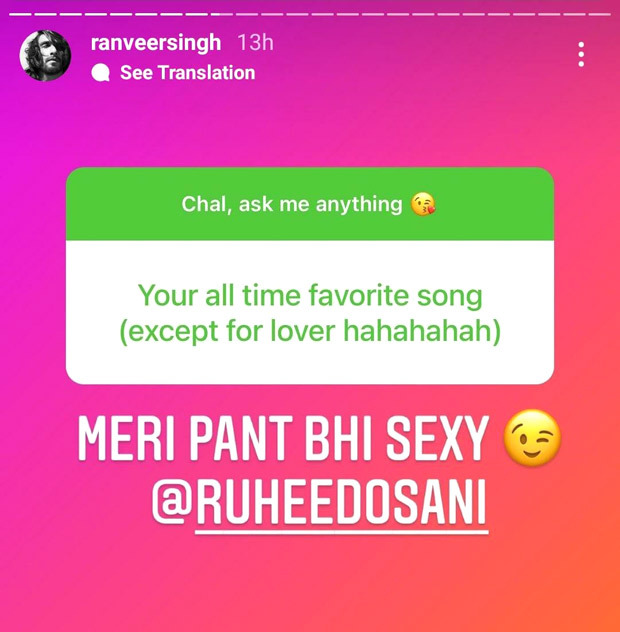 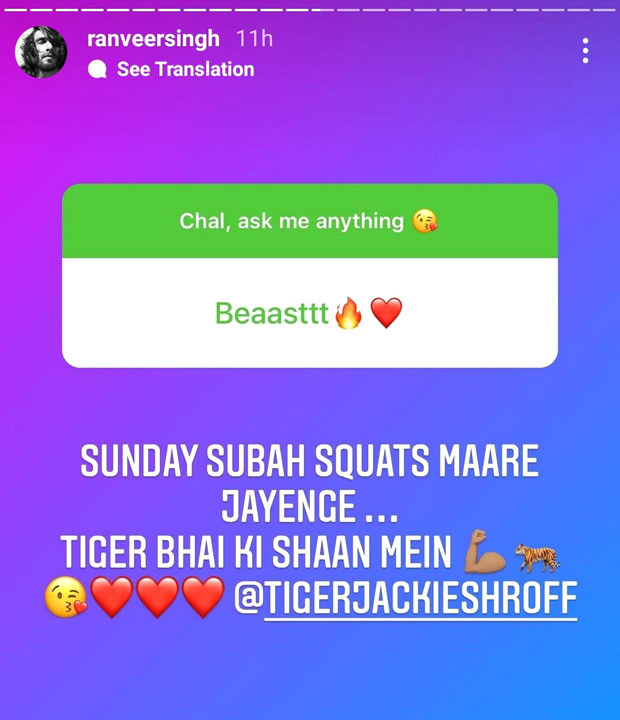 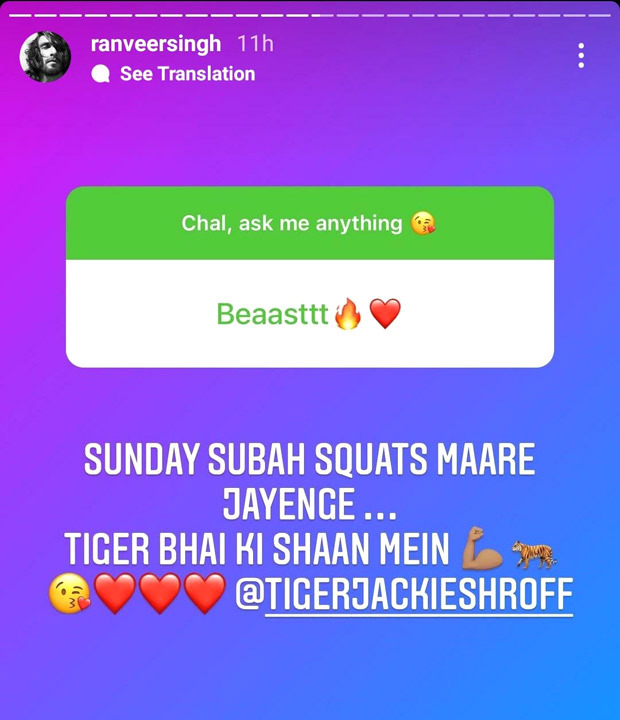 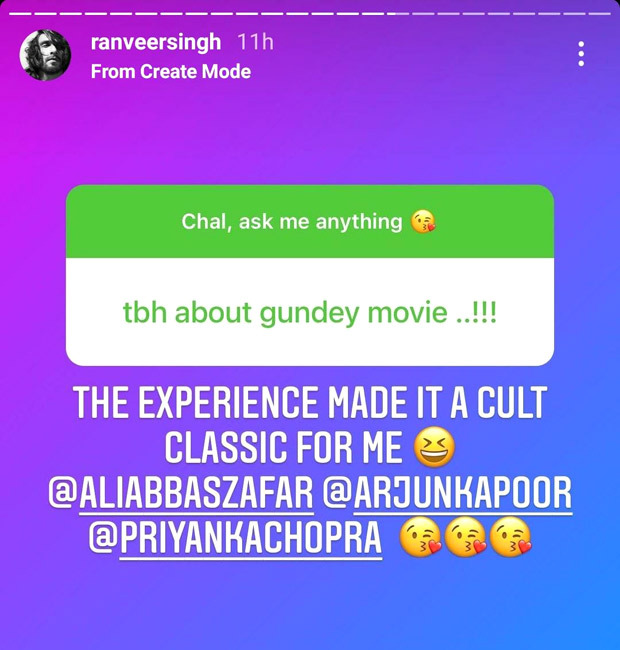 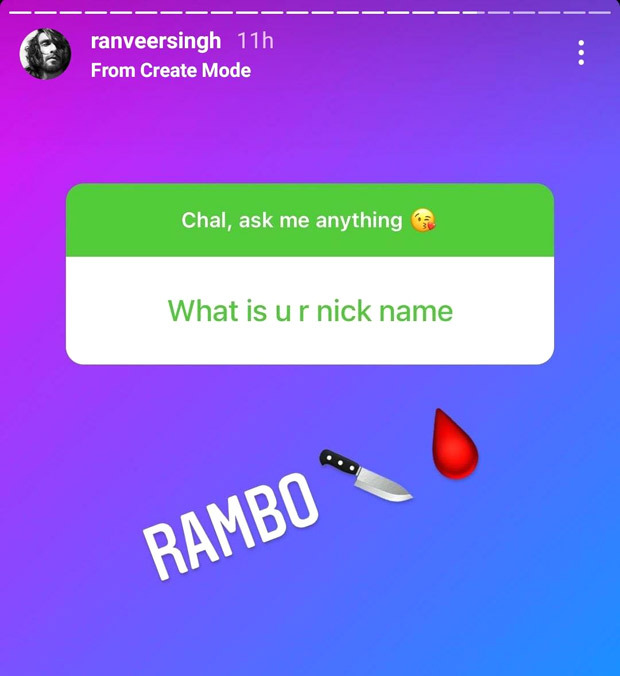 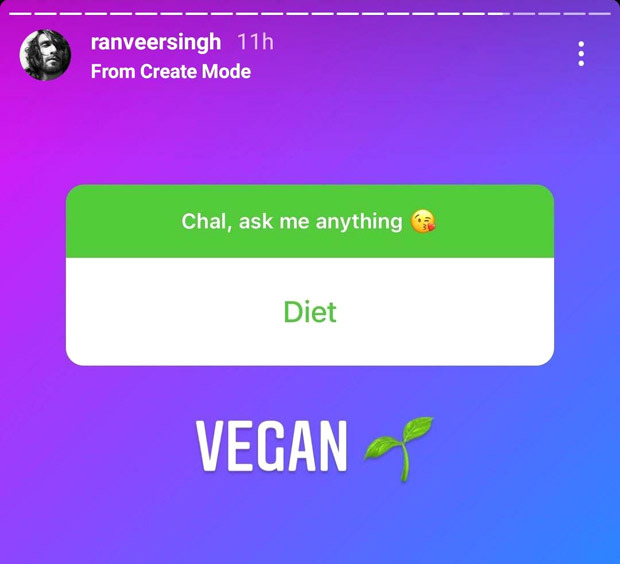 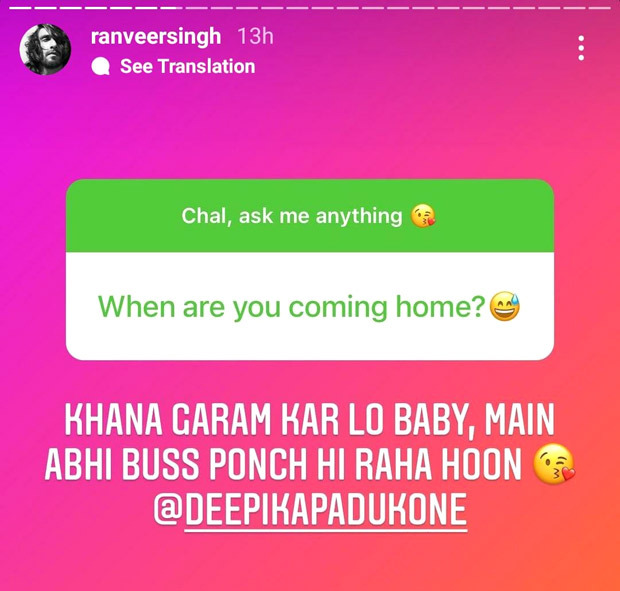 On the work front, Ranveer has a long list of projects that are ready for release, among them Kabir Khan’s 83, Rohit Shetty’s Sooryavanshi (in which he will appear as Simmba), and Yash Raj Films’ Jayeshbhai Jordaar. He also has Rohit Shetty’s Cirkus, Karan Johar’s Rocky Aur Rani Ki Prem Kahani, and Shankar’s Anniyan (2005) remake that positions him as a pan-Indian actor.

Ranveer had also taken over the IPL this year with the maximum number of brands that he endorses airing their commercials during the games. He has signed on to host his first TV show on Colors called The Big Picture and as we know only superstars have ventured into this territory because of their sheer reach and popularity to pull audiences.