Please Like Us!!!
DesiGoogly > From BTS, Taeyeon to EXO’s D.O and GOT7’s Jinyoung – monthly roundup of Korean music releases in July 2021

The month of July gave us some wonderful hits. With artists like BTS, BM, AleXa, Even of Day (Day6) making a comeback, to the highly anticipated solo debut of EXO’s D.O., July has something for every listener. 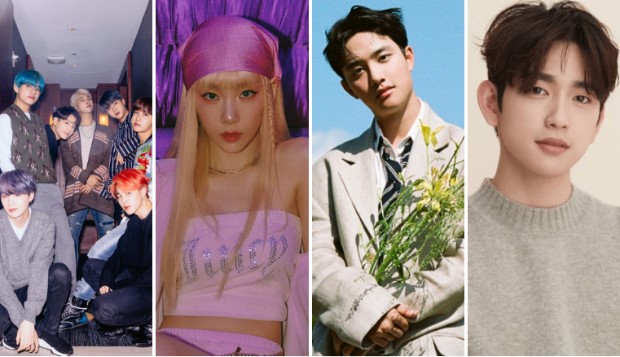 From R&B to Hip Hop, from ballad to pop, there’s a song for every taste. Here’s our roundup of some of the best and memorable Korean comebacks of July 2021.

BTS
South Korean septet BTS took the music charts by storm once again with their English language tracks ‘Butter’ and ‘Permission to Dance’. Co-written by Ed Sheeran, ‘Permission to Dance’ is a dance-pop track. Featuring a diverse cast, to the inclusion of sign language for the signature step, BTS won hearts once again with their music. The track is filled with vibrant visuals, a happy feeling, and an overall energized emotion. The song debut atop on Billboard Hot 100 replacing ‘Butter’ after it reigned for seven consecutive weeks since the release in May 2021.

Which of these tracks caught your attention? Did you find a new favourite artist this time?