Please Like Us!!!
DesiGoogly > From BTS, BLACKPINK’s Lisa, NCT 127 to SHINee’s KEY, ATEEZ, Wonho – here’s a round up of Korean releases in September 2021

The month of September 2021 gave us some of the highly anticipated K-pop comebacks. The month saw a huge variation in genres, ranging from dance pop to experimental music, from hip hop to R&B. The ‘IT’ couple from K-pop industry, HyunA and Dawn released their eponymous collaboration mini-album and set the screens on fire with their music and chemistry. Next, we had the release of BLACKPINk’s Lisa’s eponymous solo debut. NCT 127 once again surprised the listeners with a hot and fresh take on their experimental music for their third album Sticker. ATEEZ closed the chapter to their ZERO Fever series with ZERO Fever Part 3 mini-album. Girl groups like Purple Kiss and STAYC enthralled the listeners with their fresh musical offerings. We even had repackage albums from groups like Golden Child and A.C.E. 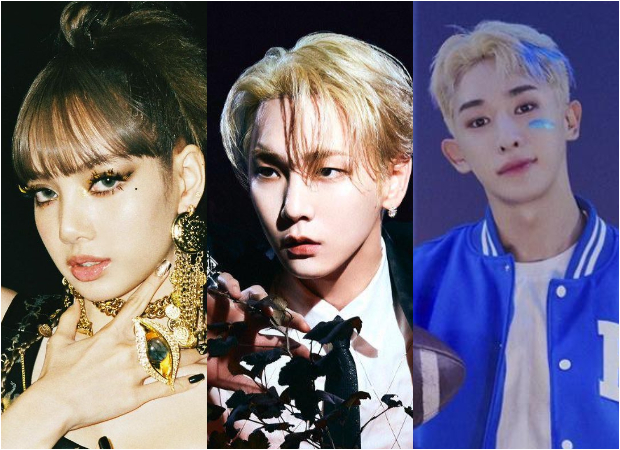 Let’s take a closer look at some of the releases that made September a memorable month.

BTS X COLDPLAY – My Universe
This was one collaboration that every music listener wished for. BTS and Coldplay didn’t disappoint! The two powerhouses collaborated on the track ‘My Universe’ which felt like a cozy hug from the musicians to their listeners. The Korean-English track highlighted each artist for their versatility. It comprises all elements that one can expect in a pop song by Coldplay or BTS. Several variations of the song have been thus released, but nothing can top the honey-drenched experience of the original ‘My Universe’.

NCT 127 – Sticker
This is arguably one of the most versatile albums of an NCT subunit. NCT 127’s ‘Sticker’ sticks with the listeners and for the right reasons. The title track of the same name is an experimental dish that is either a hit or a miss. NCT 127 stayed true to their roots and brought in their NEO City vibes with Sticker. The song has electro-synth, bass, and even elements of hip hop music.

ATEEZ – DEJA VU
ATEEZ brought their synergy back with their latest musical offering ZERO Fever Part 3. Carrying their tradition of three part per album, ATEEZ gave a stunning conclusion to the ZERO Fever series. The title track, ‘Deja Vu’ is a smooth amalgamation of music and vocals. The chorus hook entrances the listener with its staccato beats. The group also played with the R&B genre for this album, and it only further proves that ATEEZ are a bunch of versatile artists and can carry out any genre with ease.

BLACKPINK’s LISA – LALISA
BLACKPINK’s youngest member, Lisa made a stunning solo debut with the song ‘LALISA’. The rapper, who originally hails from Thailand, used the imagery of her homeland beautifully in the song. Lisa belted out verse after verse with an explosive energy. LISA sang in English and in Korean, and proved her linguistic suppleness. The song is filled with rhythmic hip hop and trap beats, peppered with electro music.

HyunA X DAWN – PING PONG
Undoubtedly one of the most famous K-pop couples, HyunA and Dawn made it to the headlines and for all the right reasons! The duo collaborated for the track ‘Ping Pong’. The track is an addictive listen from start to finish. HyunA and Dawn bring in their specialities and produce a vibrant mashup. The funky hip hop beats and a blitzy music video create an enjoyable atmosphere for the listeners.

DAY6’s YOUNG K – GUARD YOU
The bassist and vocalist from Day6, Young K made a stunning solo debut with ‘Guard You’ from his album Eternal ahead of his mandatory military enlistment. He showcased his vocal and instrument skills with the mini-album. The semi-rock track was heavily infused with the rhythmic drum beats and trap beats. The electric guitar riffs accompanied with Young K vocals present a beautiful blend.

STAYC – STEREOTYPE
The rookie girl group STAYC made a fun-filled comeback with their first mini-album Stereotype. The group presented a vibrant palette in the music video, and the song has a joyous feel to it. But at the same time, they call out the people who fit others into stereotypes. The song has elements of a pop and dance song.

ITZY – LOCO
After a dashing song like ‘In The Morning’, ITZY is back with another catchy tracklist. ‘Loco’ is a song in classic ITZY fashion with a powerful song and seemingly contrived music video. The group has played around with the lyrics and used their symbolism right down to the last letter. LOCO matches the idea for the album’s name Crazy In Love and presents the visuals of a person who is crazy in love, literally. They have also released one more music video for the track ‘Swipe’.

VICTON DO HAN SE – TAKE OVER
The song begins with fast paced rap, and it will leave you breathless by the time the song ends. Do Han Se’s ‘Take Over’ is a track that one can expect from an artist like Do Han Se. The music video is bold, sexy and unapologetic. Do Han Se captures the essence of being one’s true self, and ignoring others who judge. He plays around with the visuals, and presents a frantic yet stunning performance.

WOOSUNG – DIMPLES
After a cozy song like ‘Lazy’, Woosung took the road to electro-bass music with his latest single Dimples. The lyrics for Dimples are simple and lovely, and the music enlivens the atmosphere the moment it begins. The retro music pairs up seamlessly with an equally retro-looking music video. One cannot help but remember one of Woosung’s earlier releases. In ‘Face’, Woosung sung about being madly in love, and used several references for the facial features, and here Woosung uses one’s dimples as a weakness and spins a song around this weakness.

SHINee’s KEY – BAD LOVE
After giving the listeners a glimpse last month with the song ‘Hate That… (ft. Taeyeon)’, SHINee’s KEY’s released the mini-album Bad Love with the title track of the same name. The song begins with retro jazzy disco beats and goes on to a loud chorus. The song is a visual treat, as one sees Key dancing on one set to another. The futuristic vibe in Bad Love is hard to miss.

WONHO – BLUE
South Korean musician Wonho dropped music video for ‘Blue’ from his album Blue Letter. It is an upbeat pop song with a deeper meaning, presents a hopeful message through the use of “blue”–feeling blue and the blue ocean. This track is meant to quench the thirst of its listeners who’ve had strong emotions while being isolated this past year, with lyrics of hope “If you feel the same, tell me. Hold my hand when you’re ready.” With two versions of the song that are both in Korean and English, Wonho’s ‘Blue’ acts as a light at the end of the tunnel. The music video was made with the intention to tell his fans that even the dullest days in life can be turned into the brightest moments through imagination.