Pakistani celeb Fawad Khan turned 40 on November 29. To celebrate his birthday, the superstar threw a birthday bash on a yacht over the weekend, with his wife and friends in attendance. From the pictures and videos that are going viral on social media, the birthday party was all about fun, larking and music. 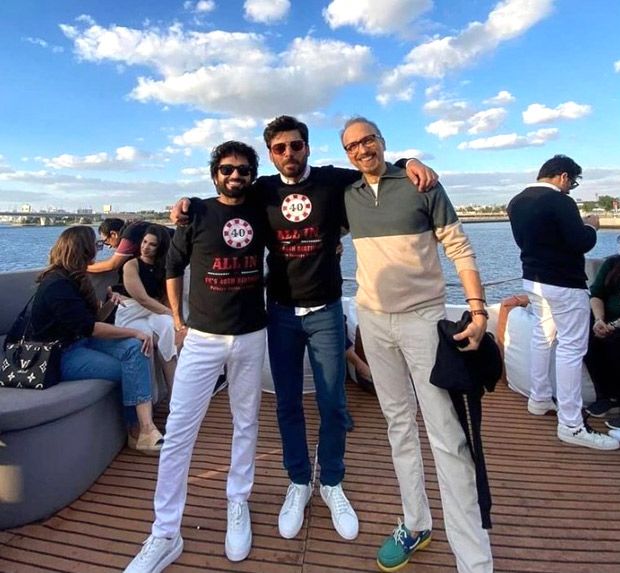 From the viral images, one can notice that the host and guests opted to sport matching outfits. The black sweatshirt that most guests wore at the party had ‘All in at FK’s 40th birthday at Palazzo Versace Dubai’ written on it. Fawad’s wife, meanwhile, chose to wear a distinctive white shirt. 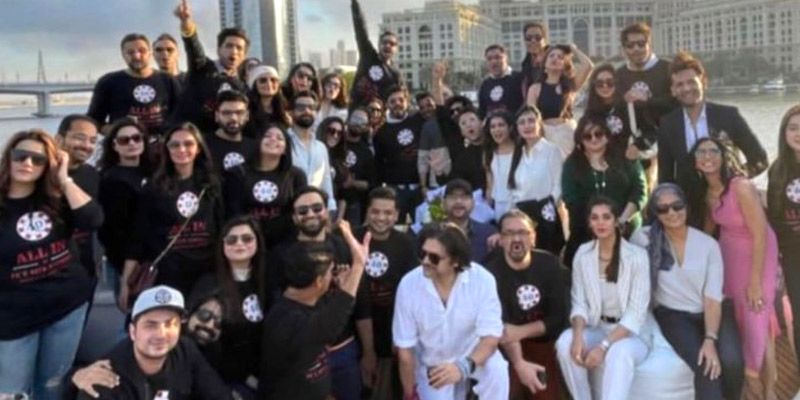 While the star-studded gathering had fans going gaga, it was the video of Fawad Khan singing that left them completely flabbergasted. In one of the videos from the bash, the Ae Dil Hai Mushkil actor is seen treating his guests to a harmonious rendition of Kishore Kumar’s ‘Dilbar Mere’. If fans remember it’s the same ‘Satte Pe Satta’ song that Fawad sang for Amitabh Bachchan when he visited Kaun Banega Crorepati in 2014. In another video, Strings’ Faisal Kapadia gave a soulful performance on ‘Dur’.