Please Like Us!!!
DesiGoogly > Fatima Sana Shaikh falls and trips but ultimately gets the trick right, see video!

Fatima Sana Shaikh has brought out the roller skates and she is here to give us some much-needed motivation to keep trying till we succeed without giving up. 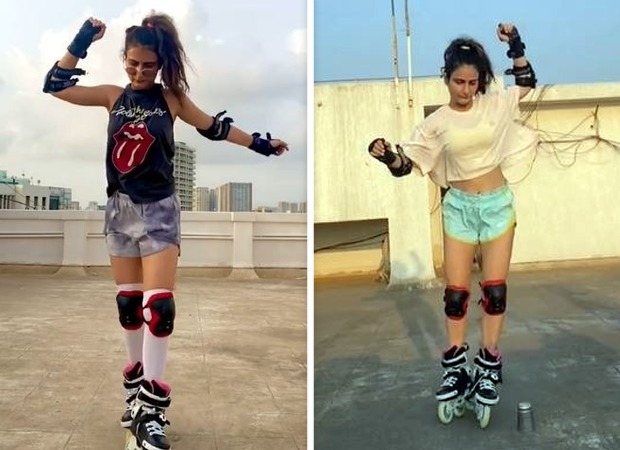 Taking to her social media, Fatima shared a video where she is seen trying some tricks with roller skates on her terrace but fails a few times until she successfully manages to do them by the end of it. She wrote, “Trying to learn some tricks through YouTube. I keep falling, tripping, but the satisfaction of getting at least one trick right, is unmeasurable. #chotichotikhushiyaan”

The Ajeeb Daastaans star looked really hot in all her casual sporty outfits from blue tights with a neon yellow sports bra, to blue shorts and a pink loose t-shirt as well as another in grey shorts and a black tank top with her hair tied up in a ponytail and cool shades.

Fatima Sana Shaikh has a film with Anil Kapoor and a performance-centric remake of Tamil film, Aruvi on cards next.