Please Like Us!!!
DesiGoogly > Fashion Face off: Hina Khan or Tejasswi Prakash – Who do you think pulls off the shimmer suit better?

Hina Khan enjoys a huge fan following on social media. The actress has now reached the milestone of 14 million followers on Instagram. Hina Khan and Shaheer Sheikh’s first music video, ‘Baarish Ban Jaana’, broke several records and was a huge hit among the audience. Meanwhile, Hina Khan was earlier seen in the music video Patthar Wargi and Bedard. Her film, Lines, released recently and has been loved by the audience. 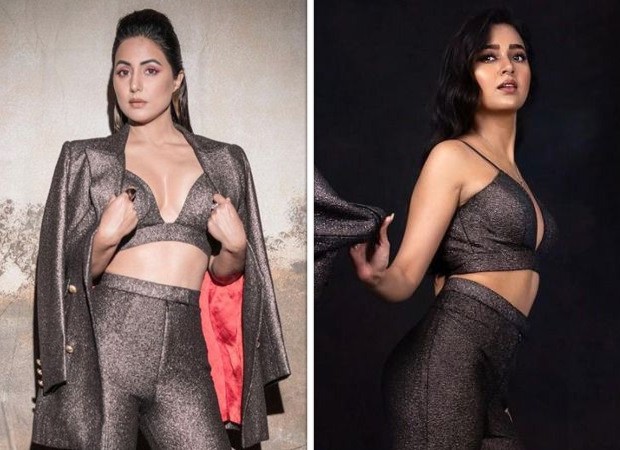 TV actress Tejasswi Prakash, who has been away from the television screens for sometime now is returning with ‘Comedy Show’. The actress during the virtual press interaction talked about trying her hands at comedy and her comeback.

Both these television divas were seen rocking a shimmer suit and we can’t help but pick who pulled it off better.

The brown toned shimmer suit features a bralette with a blazer and wide leg pants. They both styled the suit from Ranbir Mukherjee. 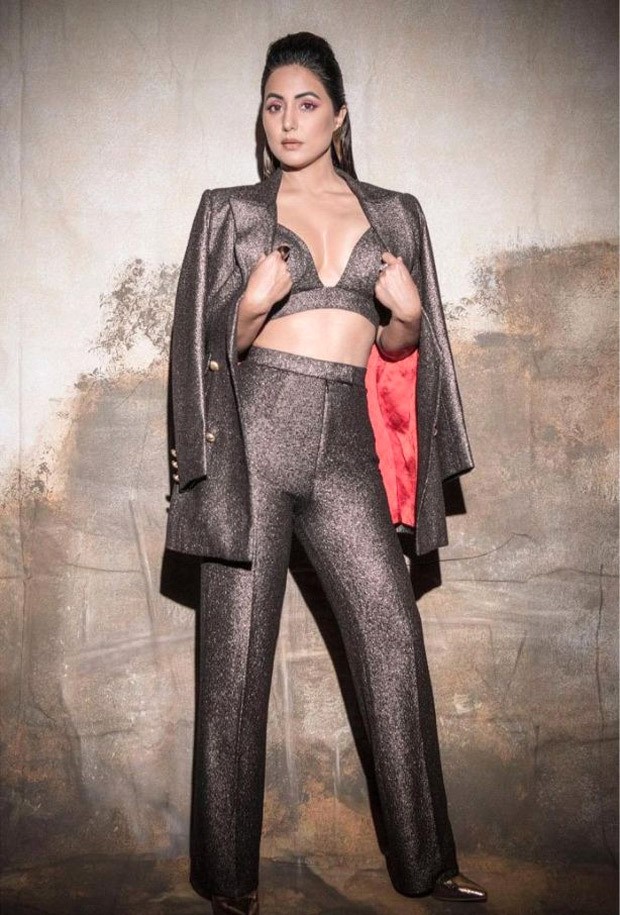 Hina styled the suit with the blazer on her shoulders with high rise wide leg trousers. The long oversized blazer featured a vintage design. Hina completed her look with pointy heels and shimmer makeup with her hair pulled back in a wet look! She adds a heavy pop eyeshadow and highlighter streaked cheeks!

Tejasswi styled a slate grey version of the same suit. She styles the bralette with high rise pants as she carries the blazer in her hands. She pairs it with peep toe heels. Her makeup is dewy with smokey eyes and a bold dark lip.

We can’t choose, who do you think nailed this shimmer set?