Please Like Us!!!
DesiGoogly > “Farhan Akhtar has made a wonderful physique for Toofaan”- Milkha Singh

Amazon Prime Video’s upcoming film, Toofaan starring Farhan Akhtar in the lead has created a storm ever since the teaser release where Farhan was seen in his boxer’s look. Legendary athlete Milkha Singh is all praise for actor Farhan Akhtar after watching the teaser of this upcoming sports drama and said he is looking forward to the film. 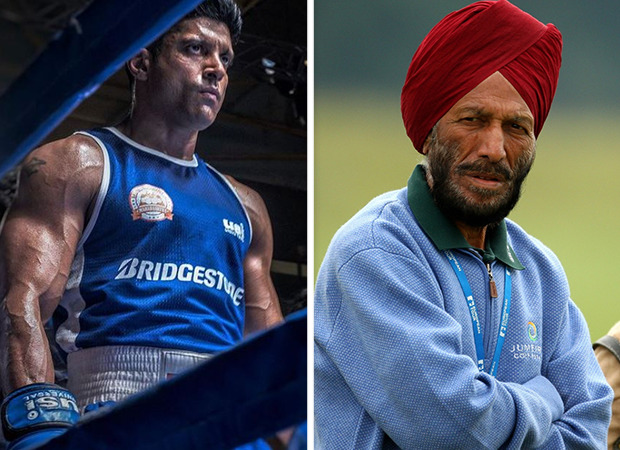 Directed by Rakeysh Omprakash Mehra, the film stars Akhtar in the role of a boxer. Toofaan marks the second collaboration for Akhtar and Mehra, who previously brought Singh’s life story to the big screen in the 2013 biopic Bhaag Milkha Bhaag.

The iconic athlete said that he hopes the actor-director duo continue to make more inspiring sports-based films. “I loved Farhan’s look in the Toofaan teaser. He has made a wonderful physique for the role of a boxer. My best wishes are with Farhan and Rakeysh. I will surely watch Toofaan. I hope they make many more sports films in future,” Singh told PTI in an interview.

The 91-year-old Padma Shri recipient and Olympian, revealed that Bhaag Milkha Bhaag was the first film he had watched since the 1960s and remembered that people used to tell him that Akhtar looked exactly like him in the movie.

“When Bhaag Mikha Bhaag was released, no matter where I went — Australia, England or Canada, people around the world used to say Farhan is Milkha Singh’s ditto copy. I even went to see Farhan train during the film’s making and saw him run 100 metres in 11 seconds! He was not a professional athlete, but he trained hard to become one,” Singh, who is also fondly called the ”Flying Sikh” added.

Toofaan is produced by Ritesh Sidhwani, Rakeysh Omprakash Mehra and Farhan Akhtar. The much-awaited movie stars Farhan Akhtar a goon from Dongri who embarks on a journey to become a national level boxer, alongside Mrunal Thakur , Paresh Rawal and Supriya Pathak Kapur and Hussain Dalal.

The Rakeysh Omprakash Mehra directorial will premiere globally on Amazon Prime Video on May 21, 2021 in over 240 countries and territories.