Choreographer and film director Farah Khan Kunder grooved with dancing star and actor Hrithik Roshan on his iconic hit track ‘Ek Pal Ka Jeena’ from Kaho Naa Pyaar Hai. She took to her social media handle and shared the video of the duo dancing to the tunes of the song. 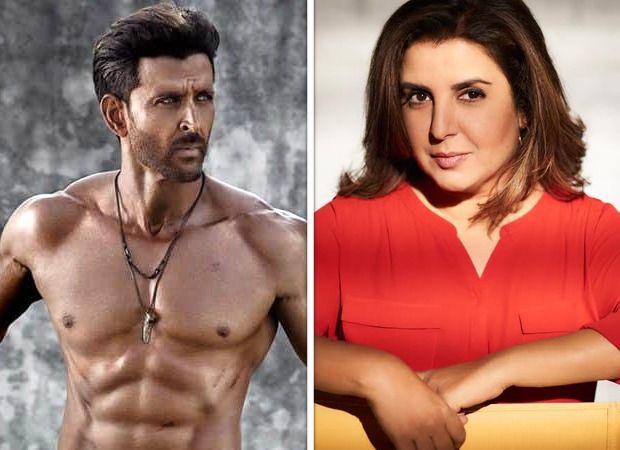 She captioned her video as, “This Step !!! 21 years still going strong! Just like @hrithikroshan”. Farah expressed her excitement over the song still being a favorite among the masses even after 21 years and also compared Hrithik’s popularity to be as strong as the song.

In the video, Hrithik Roshan can be seen sliding as smooth as butter even after so many years in fact one cannot see any difference in his performance. The Agneepath actor was dressed up in a black tee, funky red jacket, and jeans. While Farah wore an oversized shirt and a black palazzo. The 47-year-old actor was bang on with his steps while Farah tried to match him. In the end, Hrithik doesn’t let Farah dance and stops her by giving her a hug from behind.

Hrithik Roshan will next be seen in Fighter and Krrish 4. On the other hand, Farah Khan is seen as the laughing Buddha in Zee Comedy Factory produced by Optimystix Entertainment with popular celebrity comedians Sugandha Mishra, Sanket Bhosale, Ali Asgar, Gaurav Dubey, Ballraaj, Siddharth Sagar, and Divyansh Dwivedi.