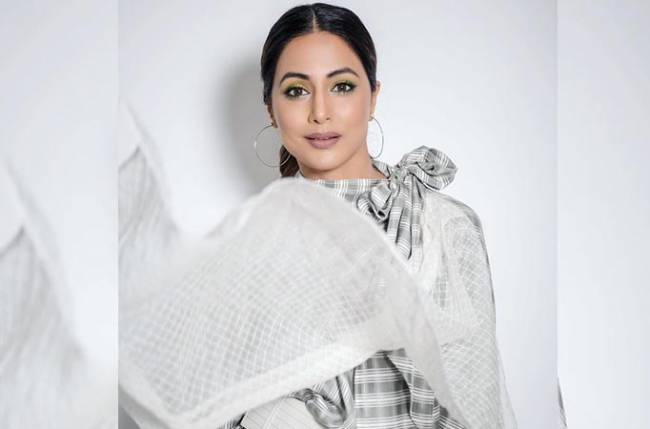 MUMBAI: Hina Khan is the hotest diva of television and  is winning everyone’s attention and appreciatiom. Hina Khan is a glam doll in real life.

This actress is very active on social media. Her fans follow her for fashion inspiration, and we must say that she has become not only one of the most successful actresses but also a fashion icon.

Hina looks mesmerizing, and her latest outfit has set the benchmark higher. She looks scintillating as she makes a bold statement. Pairing her outfit with a blazer, she looks divalicious! While her fashion game is on-point, she is soaring higher in terms of her career too. Recently, her music video with Priyank Sharma, the ex-contestant of BB 11 and a very good friend of hers, was released. It was titled ‘Raanjhana’ and received a great response.

And soon, she will be seen in an upcoming movie called Hacked.

Fans call her the #sherkhan of television.