Please Like Us!!!
DesiGoogly > EXCLUSIVE: “Without Saif Ali Khan, there is no Vibhooti. It’s tailor-made for him”- Bhoot Police director Pavan Kirpalani

Filmmaker Pavan Kirpalani has been in the process of making the film Bhoot Police for nearly a decade now. After undergoing changes in the cast, and the production over the years, the film is now available for the world to watch on Disney+Hotstar. “It’s been a very very long journey. It started a decade ago. It has finally come to be in the shape and form it is in right now. It’s very satisfying and relieving, and glad and I am also extremely anxious that it is finally out there and it is for the world to decide whether to see,” said Bhoot Police director Pavan Kirpalani in an interview with Bollywood Hungama. 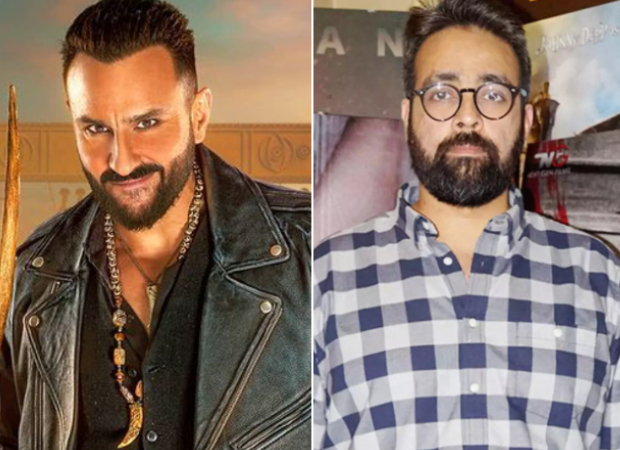 The film stars Saif Ali Khan, Arjun Kapoor, Yami Gautam, and Jacqueline Fernandez in the lead. Talking about the cast of the film and how they elevated the film, Pavan said, “The cast is great. Saif and I have a great relationship. We have been wanting to make this movie together for some time now. I am thoroughly happy and privileged that he is a part of it and the character. Saif and Arjun’s casting are on point. Both of them really owned the characters and they brought such credibility and talent and nuance to these brothers. So because of them, it’s a lot deeper and more layered movie. Even Yami and Jacqueline are terrific in the movie and they have really given their all. Yami is such a talented performer and she is gone and done something special in the movie and I think the same goes for Jacqueline as well. It is very difficult to do comedy and I think Jacqueline has done some of her best comedy in this movie. Along with that, we have Javed Jaaferi, the late Amit Mistry, Jamie Lever, and Rajpal Yadav. So it’s kind of a nice colourful cast.”

Saif Ali Khan and Arjun Kapoor play ghostbuster brothers in the film. Saif’s character Vibhooti was a hit from the time the trailer of the film was released a few weeks back. Pavan was clear on wanting Saif to essay the role and even fought for him to be a part of the film. Talking about it, the director said, “Without Saif, there is no Vibhooti. It’s tailor-made for him. What he has done to Vibhooti and how he has portrayed it, it just cannot happen with anyone else. It just cannot. There is no one else in this industry who could have realised and brought to life the way he has brought to life Vibhooti.”

“Beyond that we understood each other, we had the same references and same ideas and we were on the same page on many levels concerning his character and overall outlook on cinema and filmmaking and movies and stories. It was really a great union,” he added.

In recent years, the Hindi film industry has seen multiple horror-comedy films including Stree and Roohi. Talking more about Bhoot Police and how it is more than just a horror-comedy, Kirpalani said, “It has a real layered story about brotherhood, about belief and disbelief, ideology. It’s about family, holding on to one’s lineage and so the movie has got a lot more to serve than just being a horror-comedy or being a horror film. I think that is what attracted all the actors. It is not just, ‘hey come get scared, crack a few jokes and go away. It’s an emotional film. It’s a film that has got a strong emotional core. and intellectual core.”

While Bhoot Police was made for the theatres, the film is being released on an OTT platform owing to the pandemic. “To be honest, it was made keeping in mind the theatres. It’s got a cinematic quality to it. It’s got grand visuals. It’s kind of a big canvas movie. It’s got that big movie feel which is perfectly viewed in a cinema. And the reality of a horror-comedy is that both these genres are best experienced in a communal experience. A communal experience is what makes an experience really work because you jump when the next person jumps, when the crowd is giggling when someone gets scared, the nervous laughter, all of these things add up to the experience. The communal experience is gone but having said that in today’s circumstances, making a movie and putting it out there, and getting an audience is a big deal. So as long as an audience comes and watches our movie, it’s worth it,” Pavan concluded.

ALSO READ: On the sets of Bhoot Police: This goofy expression of Saif Ali Khan will definitely make you smile