Please Like Us!!!
DesiGoogly > EXCLUSIVE: “Tara Sutaria is brilliant with her body language”- says Dabboo Ratnani on his annual calendar shoot 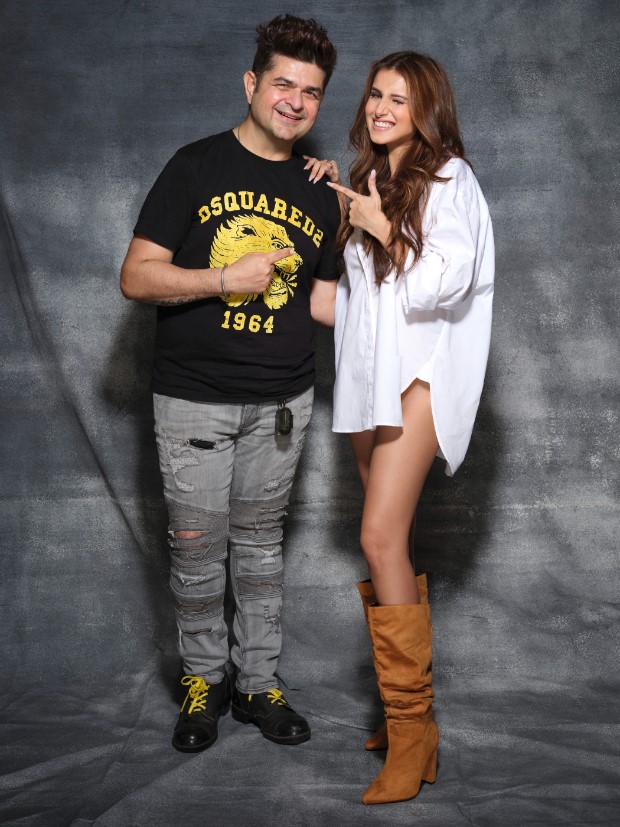 In an exclusive interview with Bollywood Hungama, Dabboo Ratnani opened about his experience shooting with her. He revealed how she carried herself in the shoot and said, “Tara and I had shot many years ago. I think her first magazine cover was shot by me and then we didn’t get the chance to shoot too much. Focally, I called her for this calendar shoot and I think she’s brilliant with her body language. She’s a dancer, so I think it makes it very easy for her to move in front of the camera. So when we started clicking the shot, she literally was like dancing in that white shirt. She was like giving me lots of movements, lots of shots where she was actually just kicking around, walking around, and did a lot of motion in the picture. So, I think that was very different because usually, I’ve shot I think every actor in the world including Hollywood, including everywhere every woman, has shot with me with a white shirt. An oversized white shirt is something which I think it’s a classic look which every person does nothing but this was treated very differently.”

Later on, Dabboo also recalled how he shot with several other actresses in the past in the oversized white shirt look and also told how Tara donned it differently from others. The photographer said, “Normally when I shot with white shirts, I’ve shot with Deepika, I’ve shot with Preeti, I’ve shot with so many people, even with Pooja Bhatt when I started my career and so many names that are coming to my head, everyone shoots it differently, everybody takes it differently. Like with Pooja I remember I had shot it in Shimla on a balcony with lots of greenery, open-air and she’s wearing this beautiful white oversized shirt. With Kriti, she was with a black background and it was a sexier feel to it and this time it was like more dancing and very much her personality was coming into the picture. So I think the way it was treated in every shot, it’s very different. So, I think Tara pulled off very differently, her dance personality with her body language and she’s such a strong model. I mean, I could just keep clicking and clicking and every frame was different. I mean I got like maybe 50-60 great shot from the motion that she was doing. It was like literally a dance that she was performing for the play great music and the ambience was amazing.”

In the end, Dabboo appreciated Tara and shared that how they mutually decided to go with the white shirt look, out of the two looks they shot together. “She can look very versatile and the thing is also because we did two shots and both the shots came out amazing and both the outfits were different. It was so tough for us to choose which one to go with because one was this white shirt picture and one was a little more sexier kind of a zone. So I said let me know, then both of us decided to go with this shot for this first calendar shot, it will be a great debut shot and then maybe we can use the second shot at a later stage. So, sometimes what happens is you go for a shoot, it’s so planned and that okay and when we got the first shot, we got so happy that we thought this would only be our calendar shot. But then when we did the second shot, we thought we had bettered it or we have got something different and new in the picture and we ended up using the second shot,” he added