Please Like Us!!!
DesiGoogly > EXCLUSIVE: Sushmita Sen on Aarya 2 and changing Indian cinema- “The characters I played did not work because it was ahead of its time”

Sushmita Sen made an impactful comeback to our screens with the web series Aarya(2020) directed by Ram Madhvani. Her portrayal of the strong and calm Aarya Sareen received a lot of appreciation from the audience. The series is a remake of the Dutch series Penoza.  A year-and-a-half and an Emmy nomination later, the makers dropped season 2 of Aarya. “I have the most amazing, most loving, completely biased fan base. So if you look at my timeline, you will have just this group of people who just will say the nicest things about you,” says an elated Sushmita Sen in an exclusive chat with Bollywood Hungama post the release of Aarya 2. 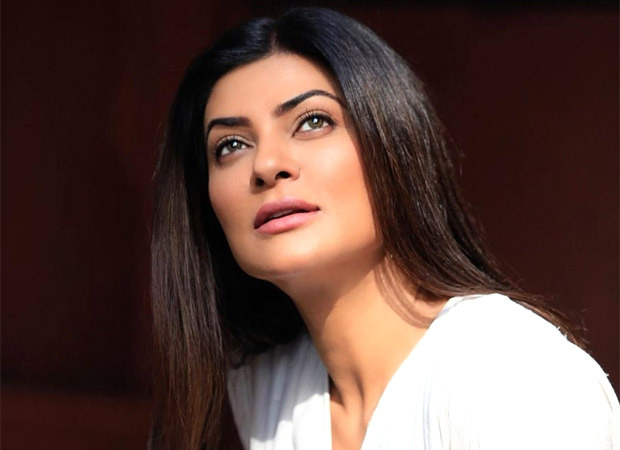 All it took Sushmita Sen was five minutes to say ‘yes’ to star in Ram Madhvani’s web series Aarya. “I went and met Mr. Ram Madhvan and his wife and Co-producer Amita Madhvani and within flat five minutes, I was an embarrassing yes. My team was sitting with me and said, ‘Could you have taken at least an hour? Like not be so enthusiastic?’ I was like no but I love it. I’ve been waiting for 10 years for something that gets me this excited. And so why pretend. I love it and I wanted to do it and I don’t want them to make it with anyone else. So at that point, honestly, I felt like I manifested Aarya,” she revealed.

Further talking about working with director Ram Madhvani, Sushmita shared, “I am a big fan of Ram Madhvani’s nature. He has a gift and when you meet him, he speaks to you about the 360 degrees, almost like doing theatre, there are no cuts there are no close-ups. You’re shooting every take, be that five minutes or 25 minutes, in one go. There is no glycerin, there is no touch-up for makeup. It is who you are, you’re living the moment. So initially that can scare an actor who’s used to touch up, close up.”

Sushmita Sen has been a part of the film industry for more than two decades now. A lot has changed in the industry during the course especially in terms of content centered around women. Sharing her views on the same, the Main Hoon Na actress said, “Can I just say this in the capital, bold letters, ABOUT TIME!! I am not even speaking on behalf of a female actor lead. I’m saying just in terms of content.  It was time to move out of college life and romance being a key factor where life is all gung ho and beautiful all the time. I understand the need for an audience to escape realism. But if you cannot make them, at times feel like, ‘look, you’re not the only one living a hard life’. We are imitating life so then let’s imitate all aspects of life. Right? So then nobody was doing that because then you’d start asking ‘Accha female-centric film hai, Accha female ki kahani hai, Accha toh budget uss hisaab se honi chahiye, marketing uss hisaab se hona chahiye’ and things like that.  I come from the 90s and I remember listening to all of this.”

“Indian cinema is changing and now content is becoming king. I love that. But OTT has changed a lot. It has changed content. Forget giving actors that were out of work job again, that I know I read it everywhere and I laugh, because I think that you are kind of minimizing the effect of what OTT has done. It has finally delivered content that is global. It can be an Indian story, and yet it can move lives everywhere around the world. The reason you’re doing that is that you’re progressive in your narration, you’re with the times you’re moving ahead. You’re taking chances that are not tied down by this is not in our culture or our language. A good result of that is India showing up at the Emmys as one of the four nominations with Aarya. It’s a beautiful time to be a storyteller, an editor, background score artist, actor, scriptwriter. Anything you can imagine on a creative level. It’s a fantastic time for us,” she added.

At a time when we are seeing remakes of several films, Sushmita Sen feels that some of her films that were made years blend well with today’s time. “I have to be a little cheeky and say that the characters I played actually did not work at that time because it was always ahead of its time. Be that Samay When Time Strikes (2003) or Filhaal (2002). Surrogacy is today a known fact, people know about it. When Meghna Gulzar made Filhaal with Tabu and myself it was like a whole new thing and then we became satellite hits. Our film would work on TV. So I think that in my roles, I really don’t think you can make them differently for these times because they were made for these times. But yes, I will be a little fun and say I would love to reshoot Mujhe Mast Mahol Mai Jeene De again,” concludes Sushmita Sen.

ALSO READ:  “It has taken me 27 years to earn this compliment from my Dad”- Sushmita Sen on her father’s reaction to Aarya 2