Please Like Us!!!
DesiGoogly > EXCLUSIVE: Sara Ali Khan on doing the song Chaka Chak from Atrangi Re-“I have always dreamt of doing a solo song”

Actress Sara Ali Khan is awaiting the release of her musical romantic drama film Atrangi Re. Helmed by Aanand L. Rai, the film also stars South superstar Dhanush and Akshay Kumar. The film also gave Sara her first solo song. The song titled ‘Chaka Chak’ has been receiving a lot of love from the audiences and has crossed 29 million views on YouTube. 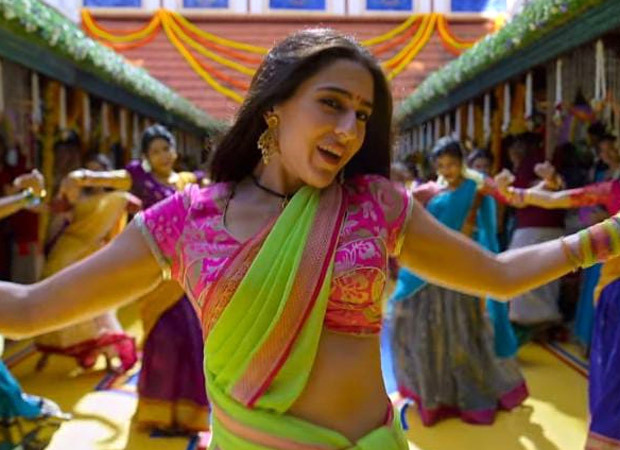 Recently during the promotions of the film, Sara Ali Khan in an exclusive interview with Bollywood Hungama confessed that she always dreamt of having a solo song.

Talking about the experience of shooting a solo song for the first time, Sara Ali Khan confessed, “I have always dreamt of doing a solo song. I love Ranveer (Singh), I love Varun(Dhawan) ( referring to‘Aankh  Marey’ from Simmba and ‘Mirchi Lagi Toh’ from Coolie No. 1 respectively) and it was a blast shooting with them. But I wanted my song, I always just wanted that song. I have grown up watching Hindi films and watched so many heroines. I have been just like I want that opportunity to just have one song in which I want to have fun by myself. I got that with Rahman sir ( A R Rahman) and Shreya Ma’am’s (Shreya Ghoshal) voice, she is just beautiful, and the way she sings and just being able to have fun with those vocals and Irshad Sir’s lyrics.”

She further added, “It was amazing, I hope I did justice to it. Vijay sir choreographed the song and I think we just had a blast shooting it. By the way, this song is the first thing I shot after lockdown. After lockdown, the first thing we did is go to Madurai and shoot this song. The energy I had in this was because of the pent-up energy that I had because of 6 months of incarceration that the lockdown gave me”.

Produced by T-Series and Color Yellow Productions, Atrangi Re stars Sara Ali Khan, Akshay Kumar, and Dhanush in the lead roles. The film is slated for an OTT release on December 24, 2021, and will stream on Disney+Hotstar.

ALSO READ:EXCLUSIVE: Sara Ali Khan opens up on the challenges she faced while filming ‘Chaka Chak’ in Atrangi Re