Please Like Us!!!
DesiGoogly > EXCLUSIVE: Priyanka Chopra on her struggle in Hollywood – “I didn’t want to be a sidekick in big movies”

Globetrotter Priyanka Chopra has made her name in movies in Hindi films and internationally. She moved to America for music and found new fame with her series Quantico where she became the first South Asian actress to lead an international show. Moving on, she has been part of several Hollywood films since then. Her film The White Tiger, which co-produced, has been nominated for Oscars 2021 for Best Adapted Screenplay. But, the journey last seven to eight years has not been easy for her. 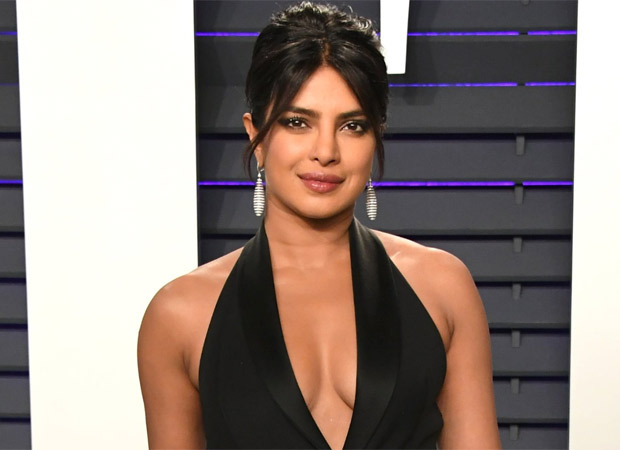 The actress recently launched Kabir Bedi’s autobiography, Stories I Must Tell: The Emotional Life Of An Actor. She also recently turned author with Unfinished book where she discussed her life in the limelight for the past 20 years. Speaking to Bollywood Hungama, the actress said that she had to be ‘ethnically ambiguous’  in America. “While I didn’t have to change my name, but I had to teach people how to say my name, if you can say Oprah, you can say, Chopra,” she said. “I had to be ethnically ambiguous to a certain extent to be able to get mainstream roles. Even Quantico, for that matter, I played a half Indian-half American. I couldn’t step out there being Indian because it was too alien for Hollywood.”

The actress further talked about how important was it for her to do important work and her roots to be recognized. “When I came here [America], I wanted to do mainstream work. I had enjoyed being a mainstream actress in India. I know what I bring to the table when I join a film and I know my job. I didn’t want to be a stereotype or a sidekick in big movies. I wanted my face on a poster and that was such a struggle when I first started looking for work in America. This is what like six-seven years ago I am talking about. People didn’t understand that concept in a really big way. Those movies always ended up becoming niche or independent movies. They were never like ‘mainstream’ film. When I started working in America, I had to, unfortunately, shed my Indian-ness so that the globe sort of understood ‘Okay, there’s this person who is an artist’, so that it wasn’t too alien,” she said.

Priyanka Chopra further said that now she uses her platform to educate the West about the Indian film industry. “But, once I got the attention then I pivoted back to educating people and that is my biggest quest. This is the very big quest of mine is to educate the world about the industry that we come from, the fact that Indians have the ability to stand shoulder to shoulder with anyone or any ethnicity within any industry. For us, to have courage, demand the change that we need instead of being invisible like we are usually taught not to create problems. I am not that person. I encourage people to come out there and show what we are capable of.  The White Tiger was a big example of that. I am continuing that with collaboration with a lot of talent, bringing and producing work in Hollywood which will be helmed and written by Indian talent. That’s just my quest now,” she said.

On the work front, Priyanka Chopra is currently shooting for the Amazon Prime Video series Citadel with Richard Madden. The show is being created by Russo Brothers. She will next star in Text For You and The Matrix 4.