Please Like Us!!!
DesiGoogly > EXCLUSIVE: “Prabhas is a humble person and very easy to work with”- Kriti Sanon on her Adipurush co-star

Kriti Sanon has started shooting for her first pan-India film with director Om Raut’s Adipurush. The film also stars Prabhas as Lord Ram and Saif Ali Khan as Raavan. Kriti will be portraying the role of Sita. Recently, in an interview with Bollywood Hungama, Kriti Sanon spoke about her pairing with Prabhas. 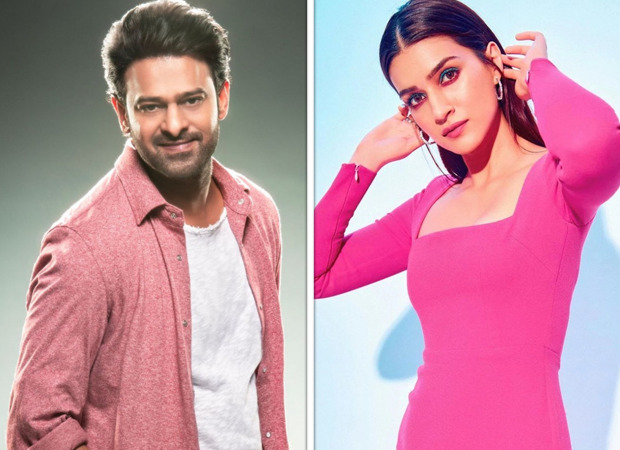 Talking about working with Prabhas for the first time, Kriti said, “It’s a really fresh pairing and it is looking really nice is what I can tell you. He is a humble person, and very chilled, and easy to work with. I missed him in the last schedule. I was shooting with Saf. In the next schedule, in August I am going to see him soon.”

Kriti further spoke about how the team has taken care of not hurting the sentiments of the people with the script of the film. “For Adipurush, my director(Om Raut) is very sorted and he has taken care of everything. We are being true to facts, we are being true to the sentiments of people. He is written it, he has also a done a lot of research. He is also someone who respects and values religion a lot. When I read the script or read the scenes, they are written in a very respectable manner, keeping everyone’s sentiment in mind. When I perform, I have to make sure, I keep the character within certain boundaries. I cannot go all out. I can’t change the way the character is perceived. As an actor, I can play a little within the boundaries I have gotten and stay true to the spirit of the character,” she said.


Meanwhile, Kriti was last seen in the film Mimi which was released on Netflix on July 26.

ALSO READ: Kriti Sanon dedicates a beautiful poem to her film: To Mimi, with love