Please Like Us!!!
DesiGoogly > EXCLUSIVE: Kriti Sanon reveals why her sister Nupur Sanon did not approve of some of the guys she dated

Actor Kriti Sanon plays a pregnant woman in the film Mimi which marks her first film as a solo lead. Directed by Laxman Utekar, Kriti will be seen essaying the title role in the movie that talks about surrogacy. Recently, while promoting the film, Kriti Sanon spoke to Bollywood Hungama and answered some fun rapid-fire questions. 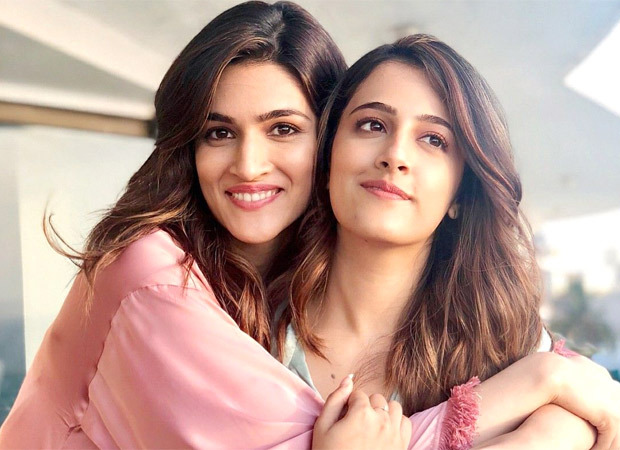 During the rapid-fire round, she was asked two questions about her younger sister Nupur Sanon who is fast gaining popularity with two hit music videos –Filhall and Filhall 2: Mohabbat with Akshay Kumar. When Kriti was asked with which actor will Nupur share great chemistry she said, “She will share great chemistry with Ayushmann Khurrana. They both also sing and I think they are going to have some amazing jam session while they shoot.” Ayushmann and Kriti have worked together in the 2018 film Bareilly Ki Barfi which also starred Rajkummar Rao.

Further, when asked about why her sister would not approve of some of the men she dates in the past, Kriti said, “Because she thought they were not good for me and she was protective and thought they would hurt me and they did.”

Meanwhile, Kriti’s film Mimi which was scheduled to release on July 30 was preponed and is now streaming on Netflix and Jio. The makers decided to release the film four days in advance as a treat for the fans. The film comes on the eve of Kriti’s birthday.

ALSO READ: EXCLUSIVE: Kriti Sanon reveals what her character Mimi and Ayushmann Khurrana’s Vicky from Vicky Donor would talk about if they met