Please Like Us!!!
DesiGoogly > EXCLUSIVE: “I make films for my country” – says Atrangi Re star Sara Ali Khan

Actress Sara Ali Khan is gearing up for the release of her film Atrangi Re. In the film, Sara plays the role of a proper Bihari girl which is way too different from all the characters she’d played in the past. The actress, as we all know comes from a royal family, and has done her higher education in the US. 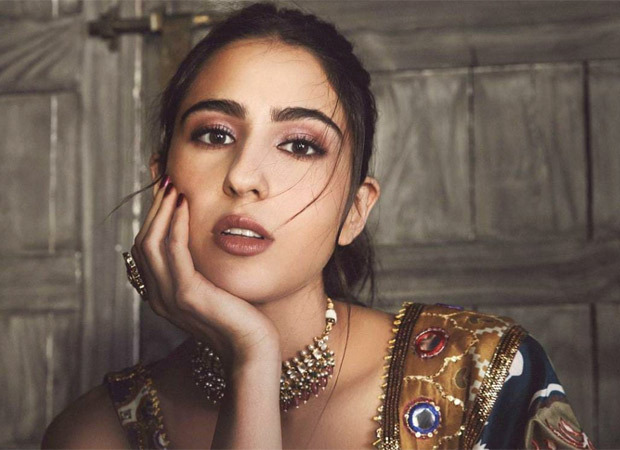 Recently, during the promotions of Atrangi Re, Sara Ali Khan got into an exclusive interview with Bollywood Hungama and spoke at a length about playing such a character, the learning experience she got and making films for the country. Talking about her learning experience of the film, Sara said, “It’s been an outstanding learning experience. Despite wherever I’ve studied from or come [from], ultimately I make films for my country, I make films for the Indian audiences. In order to do that, it is important to understand the pulse of Indian audiences. I think we’ve such a diverse country and culture like I shot in Banaras and Bihar border and also shot in Madurai and in Delhi; all of them had so different flavours. I’m so lucky and privileged that I had Aanand L Rai with me who’d take me through all these different worlds and AR Rahman who has beautifully captured each and every flavour and tone of these different worlds.”

She added, “I’ve always been proud of being an Indian, whether it’s conversing in Hindi over English sometimes; these things are not different and difficult for me neither worth mentioning. But, the fact that I’m playing a Bihari girl with a strong dialect throughout the film that took effort that took the training because Aanand L Rai is the kind of person who’d say that your dialogue and dialect is secondary to me. Between action and cut, you need to be so sure of your body language or dialogues; I’m not looking at any of these. He wanted me to feel every emotion and live the moment of that character with sincerity and honesty.”

Atrangi Re is slated for an OTT release on 24th December 2021. The film will stream on the OTT platform Disney+ Hotstar.

ALSO READ:EXCLUSIVE: “For me, Instagram reflects my mood but doesn’t affect my mood” – says Atrangi Re starSara Ali Khan