Please Like Us!!!
DesiGoogly > EXCLUSIVE: “Everybody told me that this is not the right subject for you” – Shahid Kapoor on starring in Jersey remake after Kabir Singh success

Come 31st December, Shahid Kapoor is ready to set the big screen on fire once again in the much-awaited Jersey!  In fact, Shahid has given his blood and sweat to Jersey… literally! The actor chose this film, which originally starred Nani, as his next project right after the blockbuster success of Kabir Singh. In an interview with Bollywood Hungama, the actor said people told him that it wasn’t the right subject to pick after the box-office win with his Arjun Reddy Hindi remake. 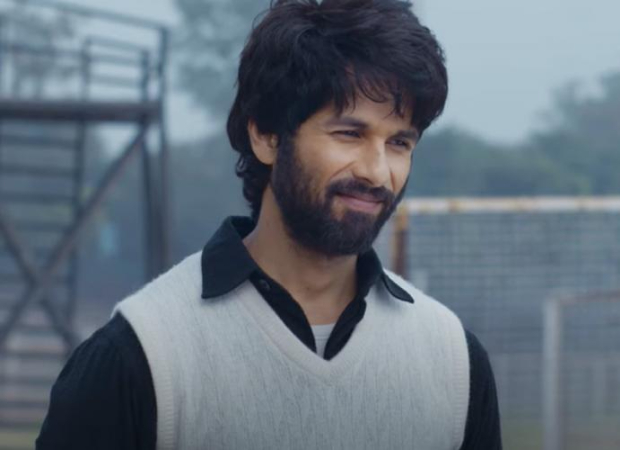 Shahid Kapoor that after one remake, he didn’t want to follow with another remake. So listening to his peers, he kept looking for another project but Jersey’s story stayed with him and he wanted to go forward with it. “I’m usually very instinctive in what I feel about a film and it starts with when I am shooting that film. I have always felt in fact, everybody after Kabir Singh told me I should not do this film. I went out asking a lot of people because I never had a success of that size. So I didn’t know now what to do. I’m not new enough so if you get success after 3-4 years in your career, then you know how to handle the situation. But, when you get success after 15-16 years, then you don’t what to do, how this happened, what should be happening now in the future. I asked people around and everybody thought I shouldn’t do something similar, where I’m playing maybe a college guy, or, I’m playing a lover boy, or I’m playing an action film, or I’m playing an aggressive character,” Shahid said.

“This [Jersey] is something which I saw literally one week before Kabir Singh release, and I was very moved by this subject, and I wanted to do it. Everybody for three months told me that this is not the right subject for you, and I really looked. I looked for something else because I felt maybe everybody’s right. But I didn’t like anything. This subject just stayed with me. I also didn’t want to do a remake after a remake. As an actor, I’ve done over 30 films now and I’ve done a lot of original work, so it’s not something you want to do. It’s not ideal because doing the remake somewhere you know that it’s a remake; it’s not original as such, although you have to make it yours and you have to make it fresh. You have to find a new version of the same story, which is what we did with Kabir Singh also. But it just stayed with me and what this story says,” he told Bollywood Hungama.

“Now that I’m a father, and I’m 40 years old, I’ve seen a bit of life, and this was just so close to my heart. It hit me so hard on this subject and what this story says and what Jersey stands for and the interpersonal dynamics between the husband and the wife. How you are when you’re just in love? How you are many years into marriage? What it is like to be a parent? What it is to be a man? What it is like to be a husband? There was so much in this film, which really touched me that I had to do it,” he added.

Presented by Allu Aravind, the movie has been directed by the National Award-winning filmmaker Gowtam Tinnanuri, Produced by Aman Gill, Dil Raju and S Naga Vamsi.