Please Like Us!!!
DesiGoogly > EXCLUSIVE: “Even if my one leg was broken, I’d have still gone with that broken leg to Cape Town” – Nikki Tamboli on shooting Khatron Ke Khiladi 11 after her brother’s demise

Nikki Tamboli, who shot to fame due to her participation in Bigg Boss 14 recently, will next be seen in Khatron Ke Khiladi 11. The actress got an immense amount of love and popularity for her stint in Bigg Boss and even got her place in the Top 3 of the show.  The actress has been going through a very rough phase from the past few months. Earlier this year, the actress tested positive for Covid-19 and she also lost her brother a day before leaving for Cape Town for the shoot of Khatron Ke Khiladi 11. She still went due to her professional commitments. 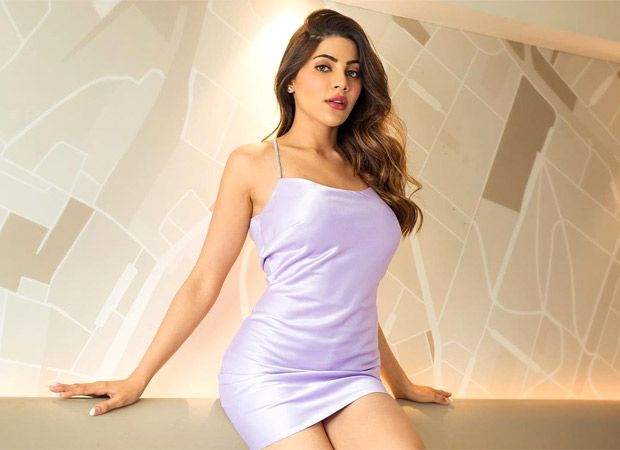 Now, in an exclusive interview with Bollywood Hungama, Nikki Tamboli spoke about how tough it was for her to leave for shoot despite suffered a huge loss in her personal life. The actress also opened up about how much importance professionalism carry in her life.

Nikki said, “Khatron Ke Khiladi is not at all an easy thing. It takes guts to go there. I knew that I am not at all an adventurous person, I have OCD (Obsessive Compulsive Disorder) problems, and I also have problems with insects, creepy crawlies and reptiles. I knew I won’t be able to take it. In spite of knowing everything, I signed it that I want to go. After that, a day ago before leaving, my brother’s death happened but because I had committed that I had to go and even after going I knew I will be scared every time I’ll do stunts. Because I’m not that person, not adventurous at all, I’m something else.”

She later added how she overcame all the challenges of her personal life and still went ahead with her work. She said, “I knew that what will happen. Even after my brother’s death, I went because of my commitments because I love to work, I just can’t back out. I can’t just do that because Colors and Endemol have given me my life. Today what I am talking about and people even recognise because of Colors, because of Bigg Boss. So I can never betray them, no matter whatever happens in my life. Even if I would have been hospitalised and if my one leg was broken, even fractures, I would have still gone with that broken leg to Cape Town just because of my commitments. That would have been a different matter if I would have performed the stunts or not, but the commitment was commitment. I was headstrong that whatever has happened I have to go and whatever happens next that I didn’t know and I just went.”

Also Read: EXCLUSIVE: “So much work came my way after Bigg Boss that I did not even get a chance to talk to him”- Nikki Tamboli on her brother’s demise