Megastar Amitabh Bachchan and Emraan Hashmi will be seen against each other in the movie, Chehre, which is set for theatrical release. In the film, the audience will see Mr. Bachchan play the role of a lawyer while Emraan Hashmi playing a business tycoon. The two actors will be seen playing a game of façade to uncover the truth and the tussle between them is likely to become the talk of the town soon. 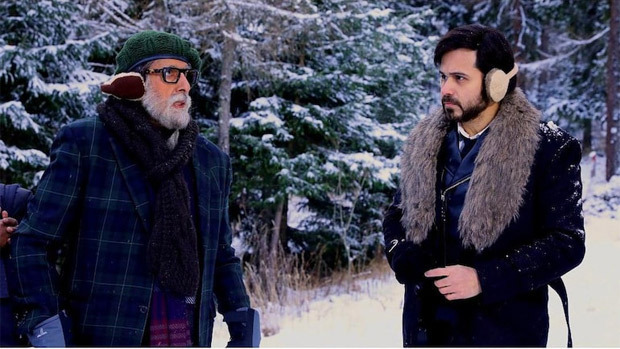 In an exclusive conversation with Bollywood Hungama, the actor revealed that he had met Amitabh Bachchan as a child. “I was actually awestruck and I had told him that too. The history of my conversations with Mr. Bachchan, in my household, started with my mother. She told me how he pulled my cheeks when I was three years old. He was shooting for Naseeb at a hotel at Bandstand. My mother used to work there as a manager. She was going by, with me in her arms and Mr. Bachchan had pulled my cheeks,” he said.

“I was so obsessed with his films. I even told him that I have watched Sholay, Natwarlal about 50-100 times. I used to not eat lunch after coming back from school till I got to see a rerun of Mr. Bachchan’s films,” the actor added.

ALSO READ: EXCLUSIVE: Emraan Hashmi on Chehre co-star Rhea Chakraborty being demonised – “I think that was completely uncalled for and very unfair”