For all fans of Devoleena Bhattacharjee celebrations will have to wait just a bit as we have heard that the actress is still contemplating upon the offer. 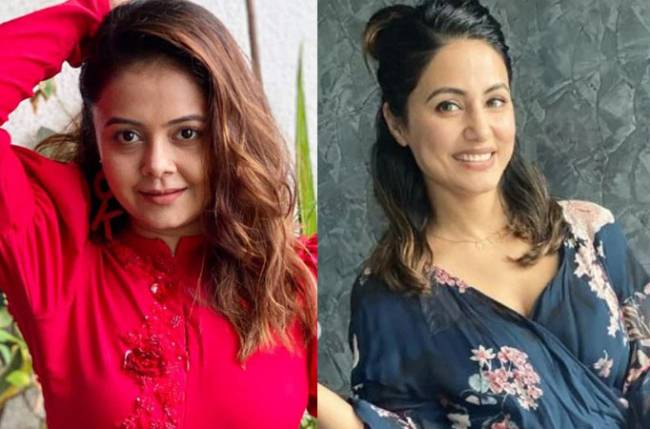 MUMBAI: Devoleena Bhattacharjee whom we last saw on the controversial reality show Bigg Boss 13 is rumoured to be part of Naagin 5 starring Hina Khan, Surbhi Chandana, Dheeraj Dhoopar and Mohit Malhotra in main leads. As per a report on a media portal, Devoleena, will play a cameo on the show. As soon as the news was out Devoleena fans went into celebratory mode on social media. But SpotboyE.com has it that the Saath Nibhana Saathiya actress is still contemplating on the offer.

Talking to us exclusively, Devoleena said, “I have been approached but haven’t decided yet if I am doing it. However, the actress will love to be part of the popular franchise as she went on saying, “I would love to be part of the show though. It’s a beautiful show and is loved by many. Also, I want to work with Ekta Kapoor.”

(Also Read: Devoleena Bhattacharjee like a Bigg Boss contestant all over again)

Coming back to Naagin 5, Hina Khan is making her fans drool with excitement as the actress has been constantly sharing pictures and videos in her Naagin avatar. Hina can be seen all decked up from head to toe, with sparkling statement jewellery adding the oomph factor to her sexy naagin look.

(Also Read: Devoleena Bhattacharjee takes a dig at Rashami Desai for her tea fight with Sidharth Shukla in Bigg Boss 13)