Please Like Us!!!
DesiGoogly > EXCLUSIVE: Amole Gupte reveals Street Dancer 3D was the reason behind Shraddha Kapoor’s exit from Saina

In a country that idolizes the sport of Cricket, Saina Nehwal’s inspiring story in the world of Badminton takes over as a biopic for the big screen, directed by Amole Gupte starring Parineeti Chopra in the lead role. But before the actress came on board, Shraddha Kapoor had begun training for Saina. But, due to date conflict, it was said that she had to leave the project. 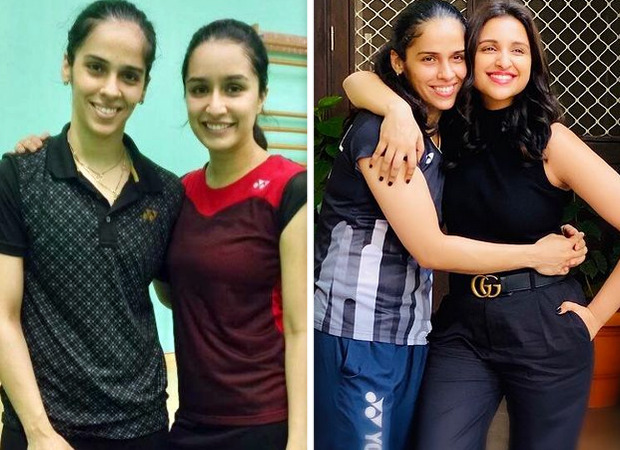 Director Amole Gupte spoke to Bollywood Hungama and revealed the real reason she had to exit the film. Speaking in Hindi, he said that the switch from Shraddha Kapoor to Parineeti Chopra was pretty cordial. “Maybe because I haven’t spoken about this, people must have felt that there was conflict behind-the-scenes. Fortunately for me, that didn’t happen.”

He said, “Shraddha was in full preparation, which is why we started shooting. She practiced hard to become Saina and was doing good work. But she got dengue and became frail after spending a month in bed. She kept asking me if she could try and return, and we kept pushing. But one day, she admitted that she was feeling too weak.”

He admitted that to prep for the film and play the role of Badminton player required a lot of training – almost 12 hours. “Here, you’re supposed to play badminton for 12 hours. It was decided that Shraddha Kapoor will shoot Chhichhore and then begin Saina. After she wrapped the film, Gupte said that producer Bhushan Kumar requested him to allow Shraddha Kapoor to shoot Street Dancer 3D since he didn’t have a heroine. He revealed, “And he brought Parineeti in for me. It was all happy happy. Parineeti happy, Shraddha happy, Bhushan Kumar happy, and I am also very happy. At least the film wasn’t shut down. The film is like my child, nothing should happen to the child; it just took five years to arrive. We are happy parents.”