The much-anticipated sports drama 83 is all set for a theatrical release this 24 December. The film is based around India’s historic 1983 World Cup win. The cricket period biopic is helmed by Kabir Khan and features Ranveer Singh as the iconic cricketer Kapil Dev. The film also features the very popular ‘towel incident’ of cricketer Syed Kirmani and actor Sahil Khattar plays the role. 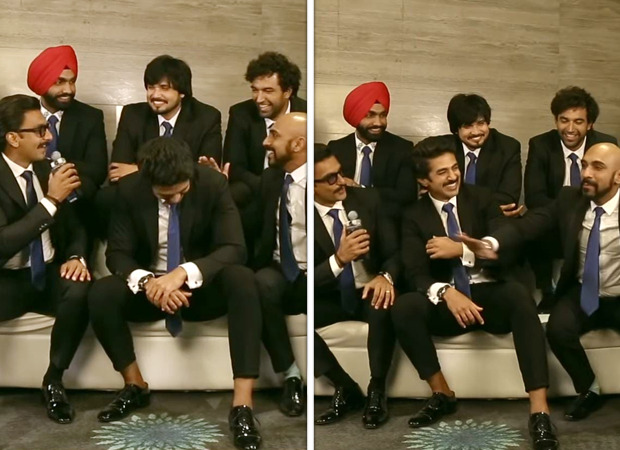 When India played against Zimbabwe and the score was 17 for five, Kirmani had just come out of the shower and was eating his toast. He saw the score and his towel fell and he had nothing left but the toast for him to save himself. In the film, Sahil Khattar plays the role of Syed Kirmani and seems to have got the look bang on with his moustache and his bald look.

Two years ago during the making of the film, an interview was conducted with the team of 83 where Sahil was asked about this incident and said that many people will be watching the film just to see Kirmani drop his towel! Reacting to it, Sahil immediately intervened saying he was not trained for this! Just then actor Ranveer Singh asks Sahil if Kabir Khan told him about the scene. Sahil and Ranveer seem to have got along like a house on fire.

ALSO READ:EXCLUSIVE: “Ranveer Singh has put in a lot of hardwork” – says Kabir Khan on 83 and emulating Kapil Dev